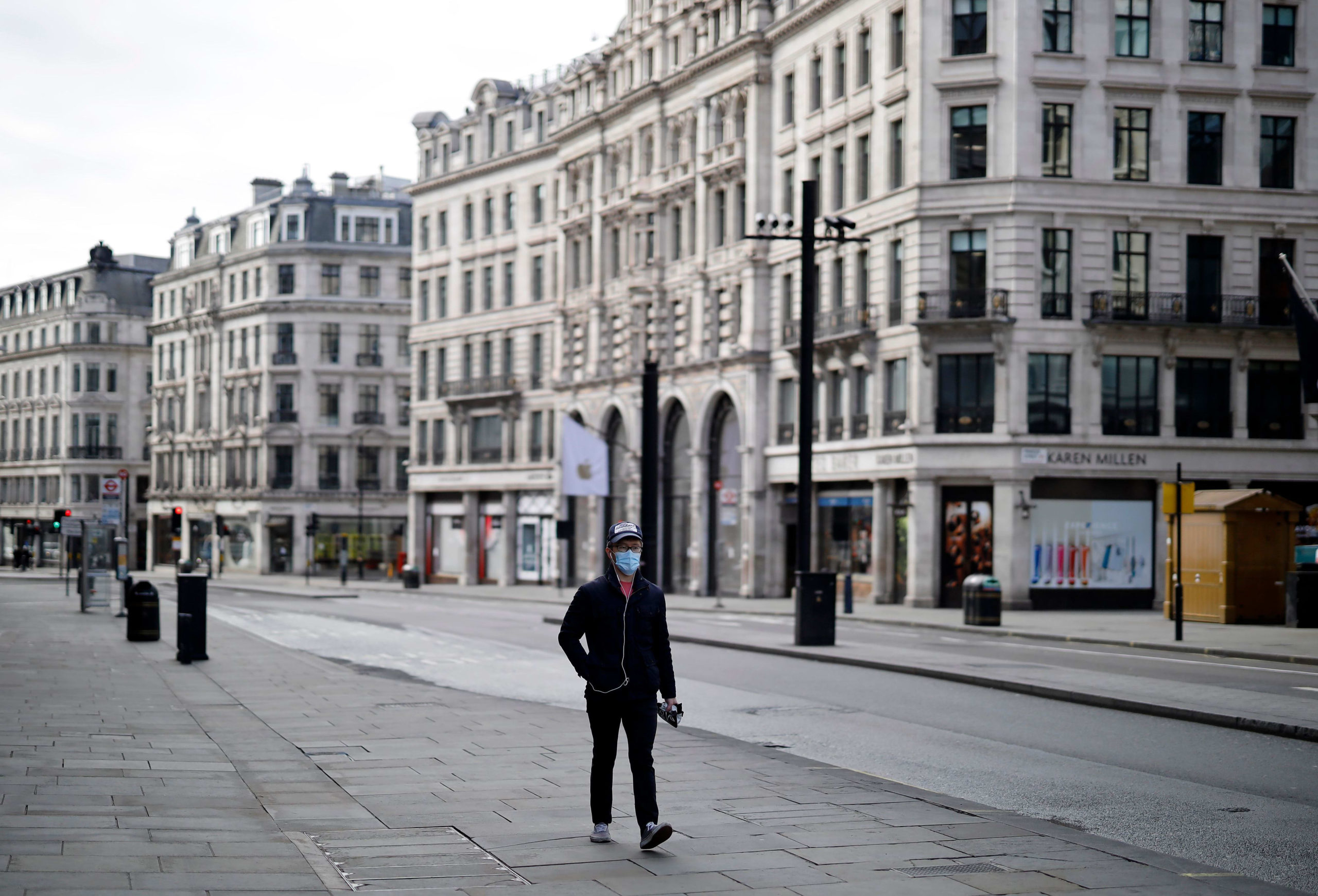 A pedestrian walks past closed-down shops on an empty Regent Street in London on April 2, 2020, as life in Britain continues during the nationwide lockdown to combat the coronavirus pandemic.

Restrictions on public life have been in place in the U.K. since March 23. People have been told to stay at home, with the exception of limited shopping — for essential food and medical supplies — and exercise.

Government ministers previously said it was too early to lift the restrictions, as the U.K. had not yet hit the peak of its coronavirus outbreak. But Britain’s chief medical advisor, Chris Whitty, said on Wednesday that he believed the country was “probably reaching the peak.”

The Office for Budget Responsibility warned earlier in the week that the shutdown could cause U.K. gross domestic product to shrink by 35% in the April to June period. Its projections were based on the assumption that the shutdown lasts for three months, followed by another three-month period during which restrictions are partially lifted.

Other European countries, such as Spain and Italy, have already begun gradually easing their lockdown measures. In Spain, construction and factory workers have started returning to work, while some regions in Italy have reopened bookstores and children’s clothes stores.

Germany has also announced that it will wind back some of its restrictions. Small shops will be allowed to reopen from April 20, while schools will open their doors on May 4, giving priority to students that have to take exams. Mass gatherings, however, will remain banned until August 31.