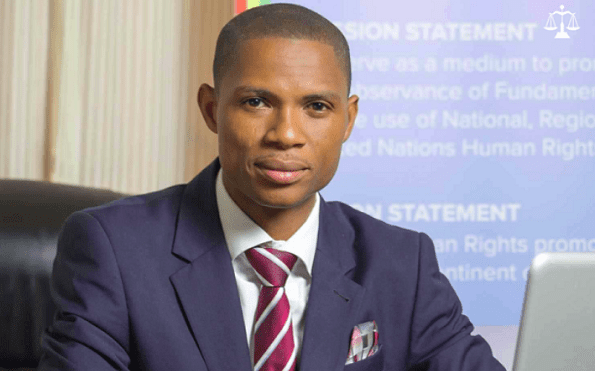 The Madina MP, Francis-Xavier Sosu, has expressed no regrets for his controversial caution that some judges are partisan in their work.

In his latest statement on the issue, Mr. Sosu said he does not mind putting his future as a lawyer on the line.

“Perhaps this may be the end of my legal professional journey, but I do not fear to leave the “noble” profession for cautioning against “ignoble” acts of few bad nuts that can destroy our democracy.”

The Association of Judges and Magistrates has condemned the legislator’s comment, describing it as reckless. The association also said it will report the legislator to the General Legal Council for professional misconduct.

He had previously been suspended by the General Legal Council in 2017 for allegedly over-estimating legal charges.

But this suspension was quashed a year later after a legal challenge.

“I really do not see the basis of any complaint to the General Legal Council. The rules of etiquette of the Bar are not all-encompassing rules of conduct that define how MPs should speak to their constituents.”

He also said he was “deeply worried” about the posturing of the Association.

Mr. Xavier-Sosu stressed that Ghana’s democracy hinges “on the confidence people have in the Judiciary, which appears to be eroding.”

“We risk collapsing our country if the Judiciary cannot take this counsel in good faith,” he added.

“The above core duties would imply that the Association should be interested in people like myself who are bold to ask judges to be apolitical in the performance of their functions of office. The Association cannot achieve any of the above objects when judges become partisan and allow political parties to influence them,” Mr. Sosu argued.