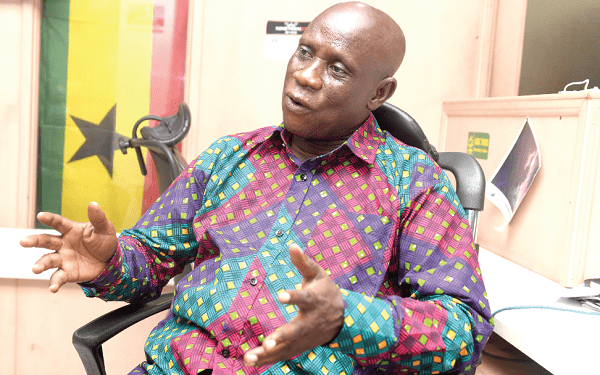 Deputy General Secretary of the New Patriotic Party (NPP), Nana Obiri Boahen, says the party will not be intimidated by former President John Mahama’s ‘do or die affair at the polling stations’ comment ahead of the 2024 general elections.

Speaking on Top Story on Tuesday, he said that not only does he find Mr Mahama’s comment unfortunate but he believes the NDC cannot bully the NPP to win elections at the polling stations in 2024.

Mr Obiri Boahen told Evans Mensah, host of the show, that he was not expecting a former President to make such pronouncements but the NPP is ready and prepared to defend the democracy of the state.

“Permit me to use this opportunity to send an advice to the former President and the NDC, certainly they cannot intimidate us. Certainly not, mark my words. Certainly not.”

“We are all prepared to defend and protect the democratic credentials of this country. However, if they want to push us to the wall to humiliate us, to bully us, that can never be possible. We are not cowards, we are men,” he said.

His comment comes after former President John Mahama said that the National Democratic Congress will be very vigilant at the polling stations during the 2024 elections.

Speaking on a Techiman-based radio station, Akina FM, he stated that the 2020 elections taught the NDC that elections can only be won at the polling stations, thus they will not let their guards down again.

“We will do everything to ensure that the election is free and fair. We will not cheat the NPP and we don’t expect anyone to cheat us either. Let the elections be peaceful and fair,” he added.

However, Mr Obiri Boahen disagrees that elections are won at the polling stations adding that the NPP never rigged the 2020 general elections.

He said that Mr Mahama’s sentiment is an attempt to intimidate the members of the NPP.

In all honesty, I think that statement was quite unfortunate. Unfortunate in the sense that in conducting elections we go through a lot of processes and therefore it will be wrong to take the position that the polling stations will determine as to whether a party is going to win an election or lose it.”