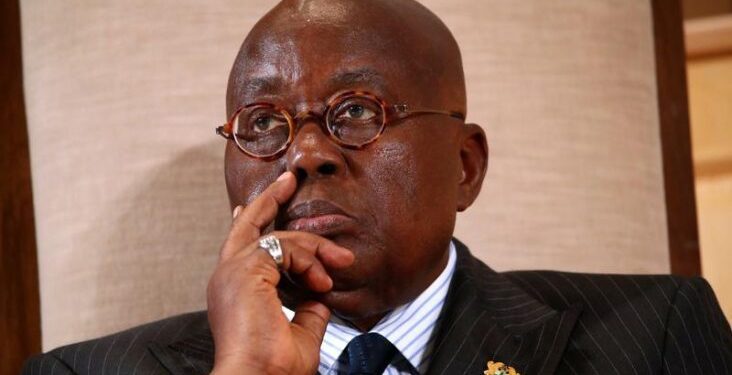 20
SHARES
111
VIEWS
Share on FacebookShare on TwitterShare on WhatsApp

The popularity of the Akufo Addo led government keeps going down every single day even with most media houses in the country doing a paid Public relations job for them.

A post-election survey conducted by the Centre for Democartic Governance (CDD-Ghana) has revealed that while Ghanaians are split in their opinion on the government’s ability to ensure that rule of law is upheld, majority however are not confident in the ability of the Nana Addo led-NPP government to protect the country’s financial resources and curb corruption in the next 4 years. 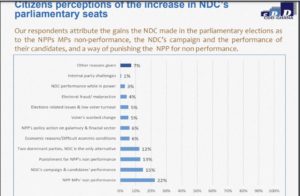 In general, it said a significant minority of Ghanaian are optimistic that in the next four years, the Akufo-Addo NPP-led government will perform “much better or better” in addressing public/social service delivery. But are less optimistic about government’s ability to reduce crime.

“Ghanaians are also less optimistic about government’s ability to fight corruption, and ability to promote collaboration between the ruling and opposition parties,” it further revealed.

On why the New Patriotic Party (NPP) lost several seats in the parliamentary elections to the National Democratic Congress (NDC) during the 2020 polls, the report attributed this to nonperformance of MPs in the 7th parliament and also a bad campaign leading to the reduction in their number. 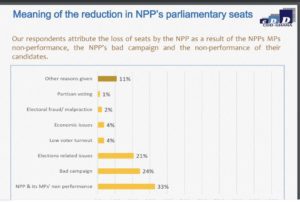 “Our respondents attribute the loss of seats by the NPP as a result of the NPPs MPs non-performance, the NPP’s bad campaign and the non-performance of their candidates.

“Our respondents attribute the gains the NDC made in the parliamentary elections as to the NPPs MPs non-performance, the NDC’s campaign and the performance of their candidates, and a way of punishing the NPP for nonperformance,” the survey said.

Prior to the elections last year, the National Democratic Congress (NDC) had 106 seats in Parliament as against the 169 of the New Patriotic Party (NPP)

After the elections, both parties secure 137-137 seats each with one independent lawmaker.

NDC Will be in opposition for 50 years – Effah Dartey