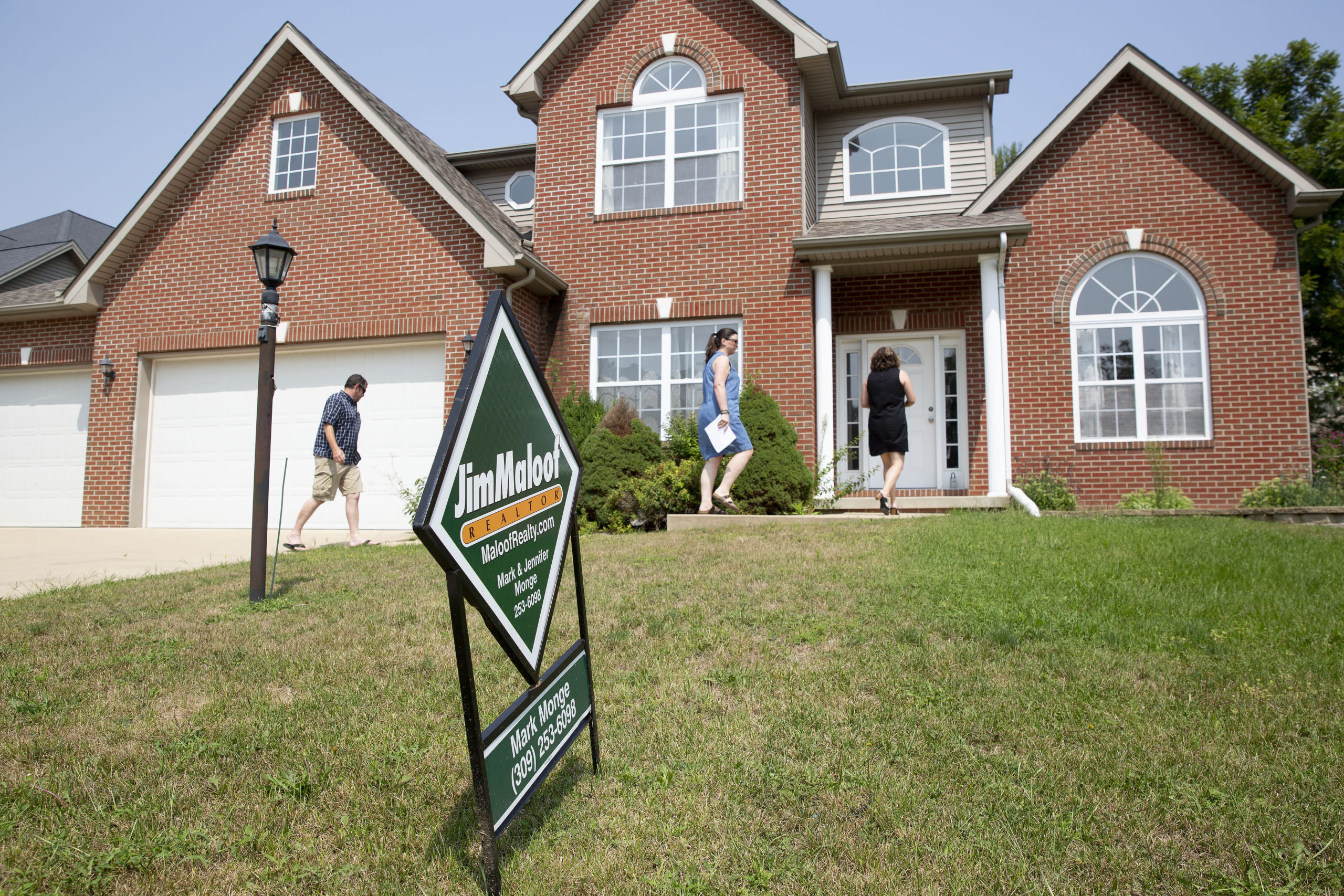 Prospective home buyers arrive with a realtor to a house for sale in Dunlap, Illinois.

Sales of existing homes fell a wider-than-expected 8.5% in March compared with February to an annualized pace of 5.27 million units, according to the National Association of Realtors’ seasonally adjusted index.

These sales figures are based on closings that represent contracts signed mostly in late January and February, before the coronavirus shut down so much of the economy.

“We saw the stock market correction in late February,” said Lawrence Yun, chief economist at the NAR. “The first half of March held on reasonably well, but it was the second half of March where we saw a measurable decline in sales activity.”

Yun indicated sales could fall as much as 30% to 40% in the coming months.

The supply of homes for sale fell a sharp 10.2% annually. Toward the end of the month, some sellers delisted their properties, not wanting potential buyers touring their homes in person. Other measures showed a sharp drop in the number of new listings in March, reflecting fear in the market among both buyers and sellers.

“Homes are still selling fast, we just don’t have enough inventory,” added Yun, saying that real estate agents do report some interest and have ramped up virtual tours as well as live virtual showings.

“Going forward, we’ve seen both homebuyers and sellers report feeling less confident and many are making adjustments to the process,” said Danielle Hale, chief economist at realtor.com. “Already, sellers are getting less aggressive with asking price growth, and we’re seeing roughly half as many new listings come up for sale this year versus last year.”

Fewer home sales over the coming months will likely mean slower price growth, and in some of the harder-hit markets, where hospitality and leisure drive the local economies, prices could fall.

COVID-19 Drug Testing: Where We Stand