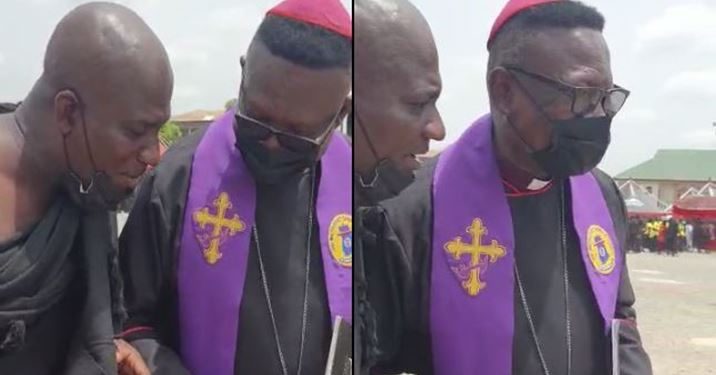 161
SHARES
896
VIEWS
Share on FacebookShare on TwitterShare on WhatsApp

The Methodist Church Ghana has urged the public to disregard a video in circulation which captures Appiah Stadium in a conversation with the former Chairman of the National Peace Council, Most Rev. Prof. Emmanuel Kwaku Asante.

Appiah Stadium in the viral video with Rev. Asante were seen in heated exchanges.

He accused the former National Peace Council boss and Pastors of hypocrisy for what he says is their silence to national issues under Akufo-Addo government.

Reacting to the video in circulation, the Methodist church disclosed that Prof. Kwaku Asante who is also the former Presiding Bishop for the Church was unaware he was being filmed.

“We wish to state that the video was recorded without the knowledge and consent of the Most Rev Pro. Emmanuel Asante and this seeks to discredit the hard-won reputation of the eminent cleric and to create disaffection for him and the members of the clergy,” Methodist Church explained in a public notice dated 26th February 2022.

The Public Relations Directorate of the Church further advised that “We wish to encourage all and sundry to disregard the said video and its content.”

“The Church stays unaligned to any political party and will comment on national issues as a Stakeholder in the development of our nation Ghana,” the notice concluded.