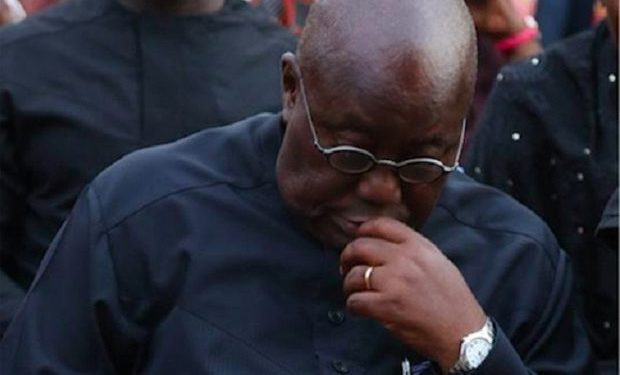 154
SHARES
855
VIEWS
Share on FacebookShare on TwitterShare on WhatsApp

The minority caucus in parliament by a release has said they have seen and watched the interview of Kevin Taylor and Evelyn Aidoo aka Serwaa Broni.

Aside the intimate and threats the woman in question pointed out she suffered from Akufo Addo, one of the very dangerous things in her story was for a robbery attack to be sanctioned on her by Akufo Addo through his so called National security boys.

Haruna Iddrisu the leader of the caucus in Parliament has signed the release stating they will examine the interview and consider legal options for the way forward.

NDC Parliamentary Caucus Statement on the Nana Addo – Serwaa Broni Scandal
The NDC Caucus in Parliament has become aware of very scandalous allegations contained in an interview granted Mr. Ekow Kevin Taylor by Madam Evelyn Serwaa Broni on Easter Sunday the 17th of April, 2022. These allegations, if proven to be true, raise grave charges of abuse of office, human right violations and conduct which bring the high office of President of Ghana into disrepute.

The NDC Caucus has consequently requested and obtained a copy of the full interview in issue for further study, transcription and legal analysis. The caucus will very soon convey to Ghanaians the actions to be taken on the basis of the outcome of the ongoing legal analysis of the matter.

The caucus remains committed to holding public officers accountable to the high standards set by our constitution.

Bamumia Camp secretly pushing for the Impeachment of Akufo Addo

Bamumia Camp secretly pushing for the Impeachment of Akufo Addo