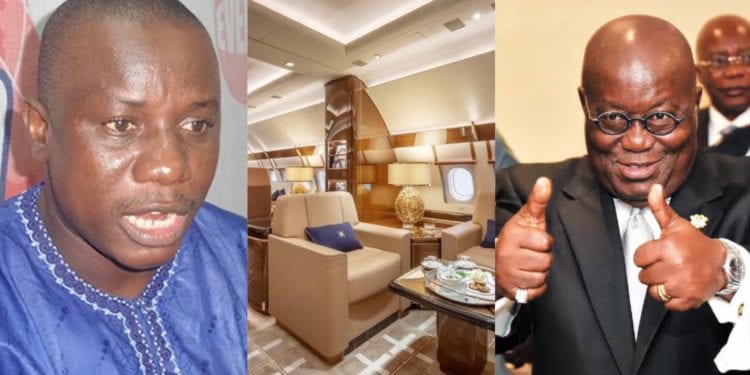 The Minister for Defence, Dominic Nitiwul, says the safety of the president, Nana Addo Dankwa Akufo-Addo, must be the ultimate factor in deciding the type of aircraft he uses for his trips.

According to him, the challenges with the current presidential jet such as the limited passengers it can carry, the number of times required for refuelling on a trip and luggage capacity among others, makes the aircraft not fit for purpose.

Answering an urgent question in Parliament from the North Tongu MP, Samuel Okudzeto Ablakwa on the airworthiness of the aircraft, Dominic Nitiwul indicated that, the president cannot even take his shower on the aircraft.

“This aircraft will carry a load of 11 persons minus the crew. When this aircraft is travelling to the eastern part of the USA or Asia, it will not load a crew of more than eight plus the luggage. So it depends on where it is going. Secondly, I have also said the aircraft has to do refuelling stops, and also in this COVID-19, when you are travelling to multiple destinations like the president’s recent travel, the Falcon couldn’t have been taken because he would have had to do technical stops which are not desirable, and when he is travelling with more than 20 people like he has been doing for business trips that brought huge sums of money for this country, he will need more than just a Falcon, otherwise, the others would have to go a day ahead before the president to prepare themselves.”

“In fact, the president would also have to go a day ahead because no president can shower in this aircraft. He cannot move from this aircraft straight into a meeting.”

The North Tongu lawmaker has claimed President Akufo-Addo has spent an amount of GHS 2.8 million on his recent travels to only South Africa and France, using the services of a private jet.“The Airbus ACJ320neo owned by Acropolis Aviation based in Farnborough, UK and registered as G-KELT, is the most luxurious and the most expensive in the Acropolis fleet. The manufacturers describe it as “the most outstanding ambassador for Airbus Corporate Jets.” It costs the Ghanaian taxpayer approximately £15,000 an hour when President Akufo-Addo rents it”, the legislator alleged in a post on Facebook.

He accused the President of blowing the money “to satisfy his insatiable appetite and comfort at the expense of the suffering masses”.

“Let’s further analyse President Akufo-Addo’s latest trip to Europe: per Flightradar24, the G-KELT aircraft left Accra with the President to Paris on the 16th of May — a 6 and half hour duration. Airlifted the President from Paris to Johannesburg for 11 hours on the 23rd of May.”