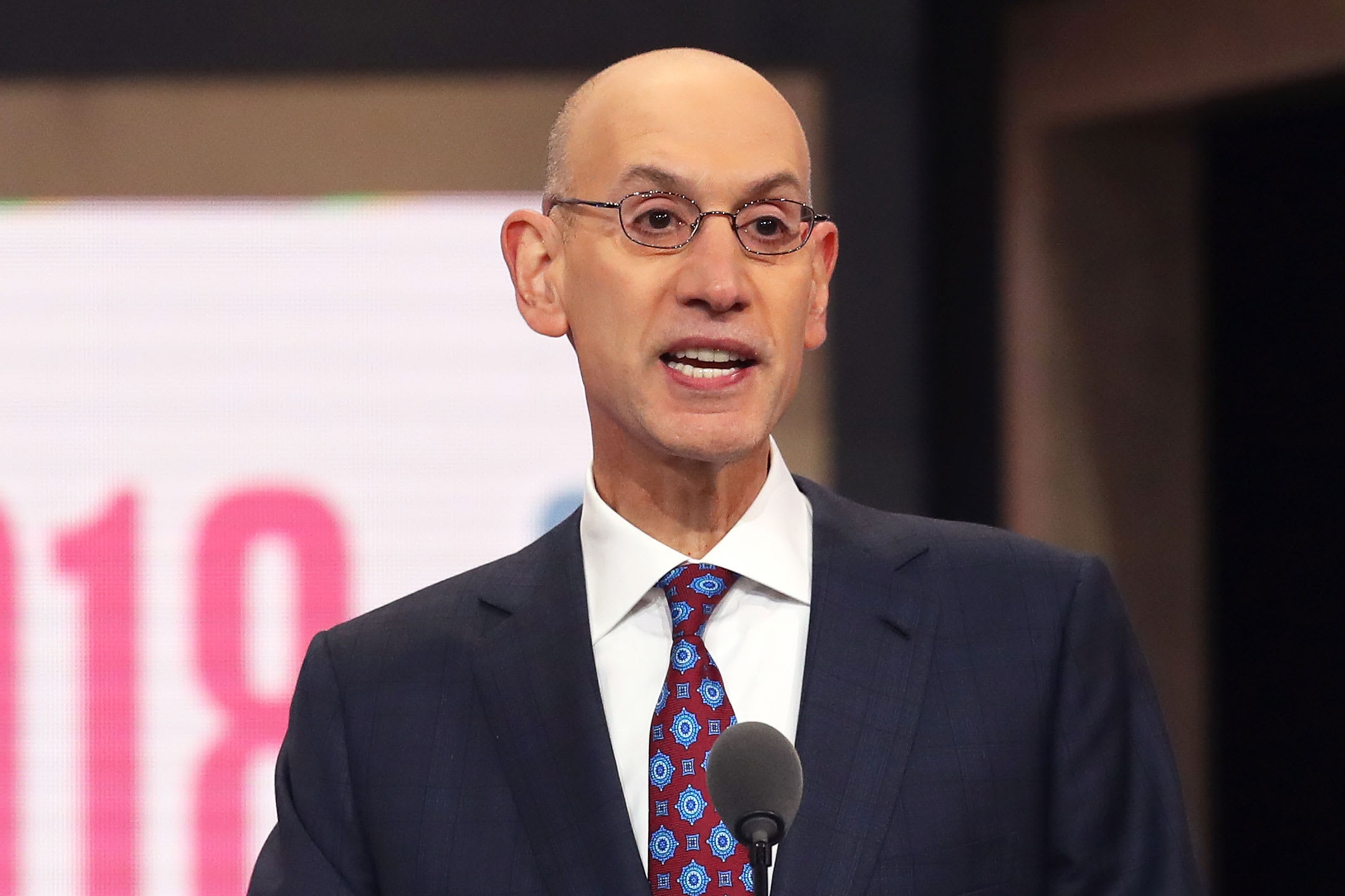 To those who know him, Adam Silver, the commissioner of the National Basketball Association, is built for this moment.

It was a little more than a month ago that Silver struck first, suspending NBA games due to the coronavirus pandemic and triggering a wave of shutdowns from other leagues just as U.S. cities began implementing stay-at-home orders.

Silver received praise for being the first commissioner to step up, showing responsibility and leadership when he shut down the NBA after Utah Jazz center Rudy Gobert tested positive for COVID-19.

“Being first counts, and he was first,” said Ed Desser, president of Desser Media, and a former league executive and president of NBA television.

The thing is, being first also carries expectations. And for Silver, the Rye, New York native who will turn 58 this month, expectations are high as he’s in the process of overseeing a league in the middle of a global crisis with no clear sign of recovery.

Across the nation, small businesses are suffering, millions have applied for unemployment benefits and the stock market has seen wild swings almost daily. Usually, the sports industry is relatively immune to economic turmoil, but the coronavirus changed that.

Around the world, sports are hurting, too. Due to shutdowns, leagues are losing millions in revenue or have filed for bankruptcy, like the XFL did recently.

But there might not be a league that will take a financial hit as big as Silver’s NBA, considering the events that served as a prelude. Before the pandemic forced Silver to suspend play, the NBA lost two icons in Kobe Bryant and former commissioner David Stern and the Houston Rockets general manager made a flub on Twitter that threatened the league’s lucrative prospects in China. Few can doubt the NBA has endured a difficult 2019-2020 campaign.

“This is the ultimate case study for a sport,” said Marty Conway, an adjunct professor at Georgetown University’s McDonough School of Business.

Going with his gut

Grading how Silver is dealing this historic moment, those who know him told CNBC they expect Silver to be “pragmatic” or, as longtime sports agent Billy Duffy of BDA Sports said, “take the long view.”

The NBA declined to make Silver available for an interview.

Silver is smart and innovative, according to those who know him and worked closely with him throughout the years.

Before earning his stripes as the NBA’s deputy commissioner, Silver held several positions in the league including COO, president of NBA Entertainment and NBA chief of staff. Before joining the NBA in 1992, Silver worked at New York law firm Cravath, Swaine & Moore as a litigation associate.

The 57-year-old married father of one (with another child on the way in May), Silver gained valuable experience grasping the dynamics of league business and how to deal with various constituencies from his mentor Stern.

On his NBA.com bio, Silver is credited with assisting Stern in negotiating three collective bargaining agreements with the National Basketball Players Association; and helping to design the business model and oversee the development of the WNBA, NBA G League and the new Basketball Africa League.

“He spent 15 years at David’s side so he got to see how [Stern] handled several things, but Adam contributed to David’s decision making,” Desser said. “He was often there to provide a counterpoint of view. I think David made better decisions usually as a result of having [Silver].”

The best example provided as to how Silver could be approaching this current moment comes from Silver’s first significant dealing as commissioner in 2014 when he slapped a lifetime ban on former Los Angeles Clippers owner Donald Sterling for racist comments.

Casey Wasserman, the CEO of sports entertainment agency Wasserman Media Group, has known Silver for about 20 years and remembers him being poised throughout the Sterling incident. According to Wasserman, the controversy helped Silver develop his style of running the NBA.

“I think what he showed at that moment is, yes, he’s a lawyer, he’s intelligent, but he’s also a human being who understood that at that moment in time, he had to do what’s right. Not from a legal perspective, but a human perspective,” Wasserman said.

In an in-depth profile by Sports Illustrated in 2014 ,Silver said he spoke to various CEOs throughout the country for advice on the Sterling situation. He came away with this: “Reflect on your life experiences. Then go with your gut.”

“What makes Adam who he is, is that he has a really good sense of the right thing to do and how to show leadership,” Desser said. “How to be measured – not alarmist – but serious. I can’t think of a better, smarter guy to be in that kind of position.”

Wasserman said Silver is using that same strategy as he’s thinking of ways to save the rest of the NBA season. Silver will solicit the perspective of the many NBA constituencies that he’ll have to appease.

“He’s absolutely thinking about what the future looks like,” Wasserman said. “He’s thinking ahead, anticipating and communicating.”

Though Silver made it clear the NBA will not return without the guidance and approval of health officials, he has continued to express optimism the league can return this year in “some form,” he told Turner Sports NBA studio host Ernie Johnson in a recent interview. One of the leading ideas to restart the season this summer includes holding a shortened playoff tournament and Finals in Las Vegas, CNBC reported last month.

But before his focus shifts 100% to resuming play, Silver will need to appease various NBA constituencies from team GMs, CEOs, owners, corporate sponsors both in the U.S. and in the NBA’s popular markets around the world. He’ll also have to consider the NBA’s media partners like ESPN and Turner Sports that pay the league roughly $2 billion a year for broadcasting rights.

And of course, Silver will need get come to an agreement with the NBA’s top constituency, the National Basketball Players Association, which represents the league’s players.

According to a person close the situation, the NBA wants to strike a compensation deal with players before announcing future plans to save the season. The NBPA had a conference call with agents last week informing them any agreement with league owners will include refunds on contracts, including advances.

Oklahoma City Thunder star point guard Chris Paul is also the president of the NBPA. He praised Silver for “communicating” with players and treating the NBPA like a partner.

Asked about Silver’s challenge to get the league back post-coronavirus, Paul told CNBC earlier this month.

“I don’t think all of that weight is on Adam’s shoulders,” Paul said of Silver. “I’m sure he has a lot going on right now, trying to figure out what decisions to make and what to do. I think this is something we’ve all got to figure out as a collective. We’re going to come through this and be stronger.”

If Silver can secure a deal with players, restart the season and get through it without another coronavirus stoppage, his work is still far from done.

Silver will need to address what could be the most significant financial blow to the NBA. It started last October when Houston Rockets GM Daryl Morey sent a tweet that upset the Chinese government, which Silver said could cost the NBA up to $400 million.

And with games on hold, the NBA is suffering losses from gate receipts, concession stand sales, sponsors and advertising, which is costing league game broadcasters over $800 million. According to the Washington Post, the NBA could lose up to $1 billion this year, a number that could go up if the rest of the season is canceled.

The NBA usually completes audits that determine basketball-related income (BRI) and establishes the salary cap for the next season in July. That process will likely be delayed, but agents who spoke to CNBC said they fear the NBA can be looking at a salary cap at or below $100 million for the first time since the 2016-2017 season.

Andrew Zimbalist, an economics professor at Smith College, said he predicts a “difficult road” for the NBA, which could include a recovery that could take two or three years since the coronavirus pandemic is expected to harm household incomes for the foreseeable future.

“Once we start playing basketball again, it’s going to be happening in a different economic environment,” said Zimbalist, who also served as the chief economist for the NBPA during collective bargaining talks.

Silver’s has an enormous challenge, and how he’ll operate a multibillion-dollar global enterprise in a changed society will be a defining moment in his for his tenure as commissioner. But to those who know him, Silver is prepared.

“This is a huge moment,” Wasserman said. “He thrives on the intensity of the moment and the opportunity. He gets an A-plus so far, but the story is not done. Managing the next steps are going to be important.”

“What does Alloyed Jacobs know about technology and data?” – Kevin Taylor ask