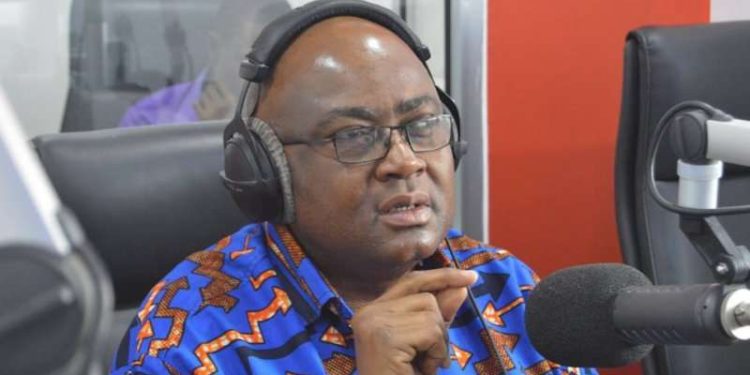 113
SHARES
627
VIEWS
Share on FacebookShare on TwitterShare on WhatsApp

Pollster and Managing Editor of the Daily Dispatch Newspaper, Ben Ephson, has suggested the opposition National Democratic Congress may be afraid revenue accrued from the controversial E-levy if passed will help the NPP retain power in 2024 hence their stiff opposition.

According to him, the extent of opposition by the Minority to the proposed levy when its introduction should rather hurt the governing party in the next election is baffling.

“I’m tempted to believe that the NDC suspects that with the benefits of E-levy Ghanaians will say that things like roads and schools have become better so I will vote for the NPP when I go to the polls in 2024.

“The way the e-levy is structured. In two and a half years time, the NPP are going to show Ghanaians what they used the e levy for,” he told Francis Abban on the Morning Starr Wednesday.

The comment comes on the back of the Clergy’s visit to former President John Mahama to reportedly among other things appeal to him and NDC MPs to help government pass the controversial bill.

Meanwhile, the Member of Parliament for New Juaben South Michael Okyere Baafi has asked Ghanaians to change their mobile network if they want to reduce the impact of the e-levy, if it is passed.

“You are the one who pays the levy .so for instance if you are sending Ghc200 to your child at OPASS , you won’t pay tax on the first Ghc100 .so the first hundred cedis is free. The Ghc100 left is what you will pay the e-levy on. The one sending is the one who will pay the levy. Your child who is receiving will not pay anything. The Telecommunication companies in Ghana are many. We have MTN, Vodafone and Airtel Tigo. For MTN, they charge , Vodafone doesn’t charge so if you think MTN is charging too much just migrate to Vodafone. Simple”.

The lawmaker said this during a townhall meeting with market women and taxi drivers on the e-levy in Koforidua on Monday February 14,2022. The engagement was to explain into details the nexus of the e-levy bill and its benefits to accelerated development.

The MP had earlier warned that IMF could ask government to cancel Free Senior High School Policy as part of the conditionalities should Ghana run to the Bretton wood institution for support.

“If we don’t pay the E-levy and we go to the World Bank or the IMF for loans, they will ask Akufo-Addo to cancel the free SHS which will affect your children so you must all accept the E-levy and pay it so it helps all of us,” Okyere Baafi told members of his constituency during a town hall meeting.

Bishop TD Jakes, In Being Forced to Praise the “Devil” be careful of your own Legacies

Transport fares to go up by 30% Friday

Transport fares to go up by 30% Friday