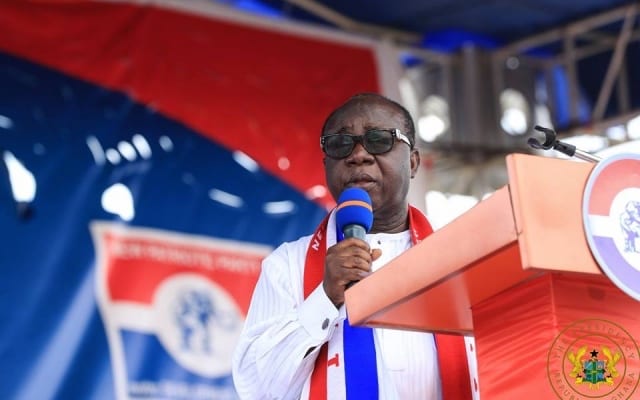 The National Chairman of the ruling NPP Mr.Freddie Blay says the #Fixthecountrynow protestors on social media are mostly members of the opposition NDC.

He told Starr News “it’s a democratic country, you can have an opinion, maybe most of them are NDC people and maybe they are even referring to what then-candidate Akufo-Addo did say that when you are in power and people are complaining that things aren’t going well, fix it. Of course, government is in the act of fixing the problems in this country.”

He further explained: “Talk about dumsor, it’s not the dumsor as we know it in the NDC era that took place for four years, a few problems that we encountering.

We are having problems with our distributing lines and definitely, efforts are being made to repair the broken down ones.”

He went on “so, if they say we should fix the country, definitely at our pace we doing that, a pace that Ghanaians will be happy with. We have explained that the situation is not a permanent situation, it’s just a three-four months situation that people are making it look as if everything is broken down and we are not doing anything about it”

The protest mainly led by the youth is drawing attention to the lack of opportunities for the youth and general living conditions in the country.

“A Galamsey Kingpin Like Mireku Duker Should Never Be Minister”-CSOs