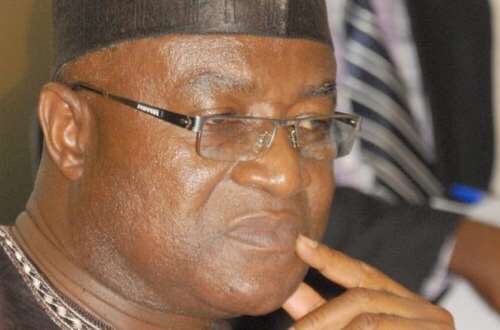 5
SHARES
29
VIEWS
Share on FacebookShare on TwitterShare on WhatsApp

He says the party will most likely be in opposition for twelve years if it loses the 2024 election.

According to a report filed by Oyerepa FM sighted by GhanaWeb, Mr. Kyei Mensa-Bonsu, whilst speaking at the party’s delegates conference in his constituency, warned that the party will most likely go for not less than 12 years without tasting power if it loses the 2024 election to its main rival, the opposition National Democratic Congress.

“We said we want to break the eight but brethren, if we do not unite, breaking the eight will be impossible, we’ll go into opposition for not less 12 years. Breaking the eight is not just about talking but we need to work hard in order to achieve what we’re wishing for,” he said.

He affirmed that the governing NPP, led by President Nana Addo Dankwa Akufo-Addo, are putting in place several measures to ensure the development of Ghana and thus urged his party members to work hard to protect the gains made.

Several concerns have been raised about the need and the ability for the NPP to go into the 2024 election with a united force.

The task of selecting a successor of President Akufo-Addo as the party’s flagbearer poses a potential threat to the unity of the NPP.

Already, there are indications that the possible contest between Vice President Alhaji Mahamadu Bawumia and serial contender for the flagbearership, Alan Kojo Kyerematen may trigger deep cracks in the party.

The Vice President and the Minister for Trade and Industry currently remain the frontrunners in the Akufo-Addo successor race.