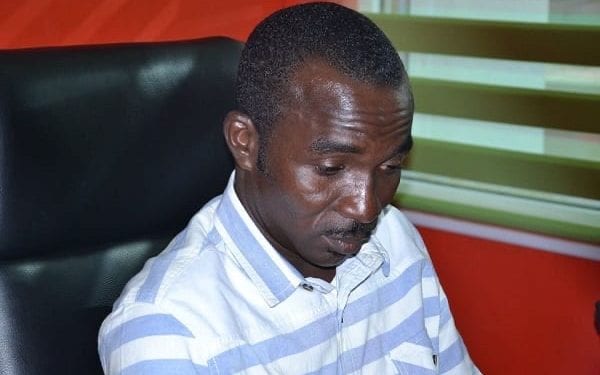 27
SHARES
148
VIEWS
Share on FacebookShare on TwitterShare on WhatsApp

The Audit Service has indicted former Member of Parliament for the Nhyiaeso Constituency in the Ashanti Region, Kennedy Kwasi Kankam, for misapplying his portion of the District Assembly Common Fund (DACF) meant for development projects.

Mr. Kankam is alleged to have given instructions for an amount of GHS500,000 to be transferred from his share of the DACF to a private bank, which he shared as loans to 430 people in his constituency in 2020.

According to the audit report, several months after the amount was disbursed, no efforts have been made to recover the money.

“The [then] Member of Parliament for Nhyiaeso (Hon. Kennedy Kwasi Kankam) together with erstwhile Finance Officer (Mr Daniel Kofi Kankam) and Coordinating Director (Mr Samuel Donkor) transferred a total amount of GH₵500,000.00 from the MPs Constituency Labour Project Fund and Social Investment Fund to [a privately-owned bank] …for onward disbursement to 430 people on loan, recoverable by August 2020.”

“But as at January 2021, no recovery had been made, thus exposing the Assembly to a high risk of losing the GHS500,000.00, which could have funded projects to the benefit of the entire community,” the report noted.

The Audit Service recommended that Mr. Kankam, and the officials involved, should “take steps to recover the amount into the KMA Member of Parliament for Nhyiaeso’s Common Fund account”.

The audit report covered January to December 2020, on the utilization of the DACF and other statutory funds by the Kumasi Metropolitan Assembly. The report sighted by citinewsroom.comis dated March 19, 2021.

The report among other things uncovered several financial irregularities at the KMA with regard to the utiliSation of the DACF.

Some of the infractions included the payment of GH₵670,720.78 as judgment debt from the DACF instead of the internally generated fund of the assembly, the overpayment of contract sums, failure to pay contractors on time leading to delay in completion of projects, among others.

The infractions occurred under the leadership of Osei Assibey Antwi, the current Mayor of the Kumasi Metropolitan Assembly, who is seeking to be retained for the position in President Nana Addo Dankwa Akufo-Addo’s second term in office.

The report comes at a time when Mr. Kankam has been vetted for the position of Metropolitan Chief Executive for the Kumasi Metropolitan Assembly.

The former MP is vying for the position alongside the current Mayor for KMA, Osei Assibey Antwi, after losing the New Patriotic Party’s primary ahead of election 2020 to Stephen Amoah, who eventually replaced him as MP for the Nhyiaeso Constituency.

It is unclear how this development will affect his chances of landing the KMA job.