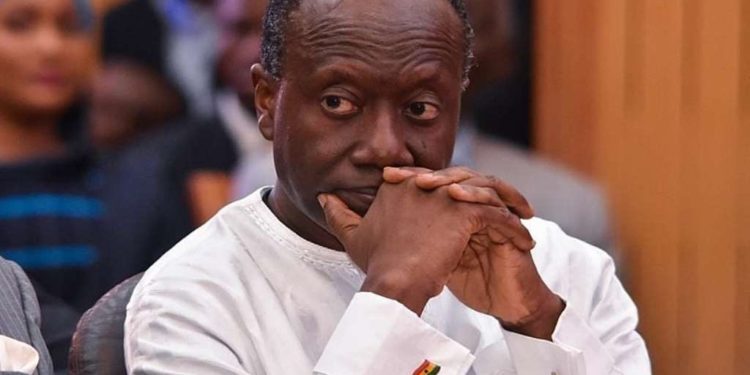 52
SHARES
291
VIEWS
Share on FacebookShare on TwitterShare on WhatsApp

According to him, the president must take such action because Mr. Ofori-Atta, who has been serving in the role since 2017, has not lived up to expectations in the management of Ghana’s economy.

He said Ofori-Atta, as well as the Economic Management Team, have plunged the country into an economic crisis, bringing untoward hardships to Ghanaians.

“Those directly responsible for the economic crisis must bear responsibility, and it is inconceivable that the Minister of Finance [Ken Ofori-Atta] remains at post. Having presided over the worst economic meltdown in Ghana’s recent history, the president must, as a matter of urgency and without further delay relive the Minister of Finance of his position,” Mahama said on Monday.

He also took a swipe at Vice President, Dr. Mahamudu Bawumia, the head of the current economic management team.

He further urged government to dissolve the current economic management team and reconstitute a new one to help bring economic respite to Ghanaians.

“Ghana’s economy ranks among the worst managed in the world. It is characterised by unsustainable public debt due to an unprecedented fiscal deficit, comparatively high and still rising inflation, a rapidly depreciating currency, spiralling cost of doing business, ever-rising cost of living, high level of corruption, abuse of civil and human liberties, and a general loss of investor confidence.”

“Having supervised the worst public debt build-up, debt to GDP ratio, and the worst crisis in the world, ever-rising inflation, unprecedented crisis, the current head of the economic management team [Dr. Bawumia] has clearly fallen from his ivory tower as a self-styled economic messiah to a poster boy and his leadership or the EMT is no longer tenable,” said Mahama.

Mahama also asked the Akufo-Addo government to immediately reshuffle its cabinet to bring onboard “fresh minds”.

Mahama made the remarks when he spoke at an event organised by the opposition National Democratic Congress dubbed “Ghana at a crossroads” held on Monday, May 2, 2022, in Accra.