Ofori Atta Begs Ghanaians to donate 100 cedis each to Help Build the Cathedral, a Promise Akufo Addo Made to God 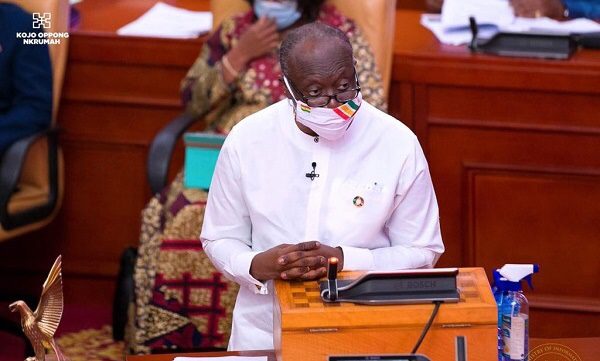 20
SHARES
113
VIEWS
Share on FacebookShare on TwitterShare on WhatsApp

Finance Minister, Ken Ofori-Atta has revealed that an initiative dubbed “100-cedis-a-month club” will be launched on August 12, to enable Ghanaians contribute to the construction of the National Cathedral.

According to him, the initiative, dubbed, “Ketewa biara nsua”, will provide members of the general public an opportunity to share the cost and be part of a historical event, i.e, the construction of a national cathedral.

Presenting the 2021 Mid-Year review Budget Statement and Economic Policy on Thursday, July 29, Mr Ofori-Atta, therefore, urged all, including Members of Parliament, to be part of the one million Ghanaians projected to support the government with GH₵100 a month.

The aim of the Club is to mobilise one million Ghanaians who will give 100 Cedis a month towards the construction of the National Cathedral.

“We look forward to Mr Speaker and members of this august House joining the 100-Cedis-a-Month Club, and thus adding their names to the historic coalition that would build the National Cathedral to the glory of God, and the edification of our nation and its people,” he entreated.

Ghanaians who wish to support the noble cause can do so by dialing the short code *979# and following the necessary steps.

Meanwhile, the Finance Minister, disclosed that the ongoing National Cathedral project will be opened to the general public on Wednesday, March 6, 2024.

He noted that the Cathedral will be commissioned on the said date when Ghana mark’s its 67th Independence Day.

Upon completion, the National Cathedral would provide a sacred space for formal religious activities of State and symbolise the enormous contribution of faith to Nation Building,” he stated.