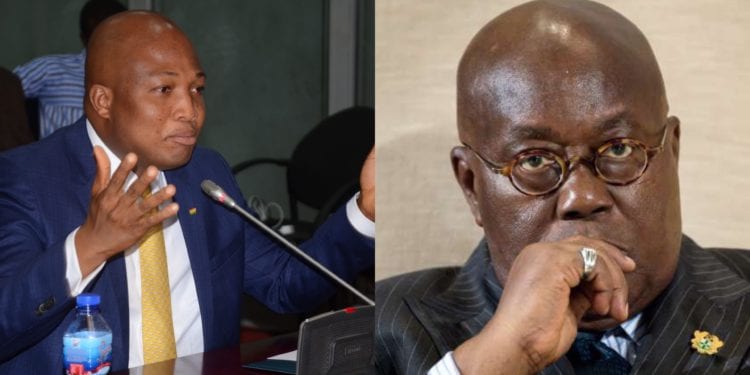 8
SHARES
43
VIEWS
Share on FacebookShare on TwitterShare on WhatsApp

MP for North Tongu has stated that President Akufo-Addo should be impeached for breaking the Imposition of Restrictions Act, 2020 (Act 1012) by attending the funeral of former General Secretary of the NPP, Kwadwo Owusu Afriyie, aka Sir John.

According to Samuel Okudzeto Ablakwa, he would consider starting an impeachment process because he believes the President must take responsibility for conducting himself inappropriately.

“And the sad part is that, not a word from the President. He has not expressed remorse. It is as though nothing happened.”

The North Tongu MP cited the fact that organisers of the Pneumatic night at the International Trade Fair Centre are being prosecuted for violating the same law and noted that the principle should be applied to patrons of Sir John’s funeral, including the President as well as the organisers of the funeral.

“And how do we explain that when it is the ordinary Joe, when it’s pastors, organisers of Christ Embassy Youth Church (CEYC) event, we halt them, we invite them, we take them on.

“I know of others who are serving jail time, in the early days of the pandemic. Young pastors who wouldn’t obey the protocols had to do time in prison. I think some of them are even still in jail. I recall visiting a particular pastor from Hohoe who was in jail.”

He urged the Ghana Police Service to investigate the matter and prosecute all those who will be found culpable.