One Killed as Mining Pit Carved in Ashanti Region 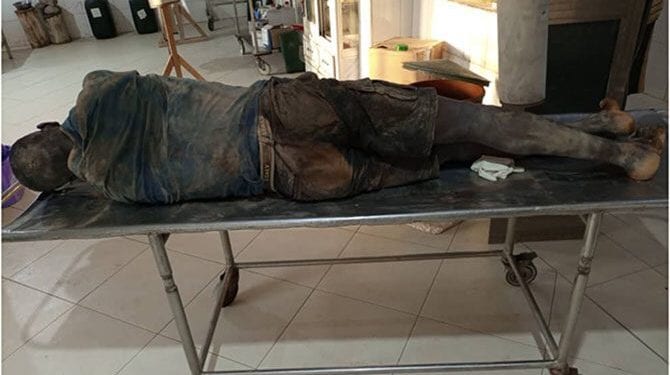 A 25-YEAR-old man has been trapped to death in a deep mining pit at Esaase in the Amansie West District in the Ashanti Region.

Solomon Zakari, the deceased, allegedly met his untimely death whilst mining for gold with his two other colleague illegal miners.

The deep pit caved in and trapped Zakari, who was seriously digging for gold. The incident occurred at 5:30pm on Thursday, June 27, 2021.

The other illegal miners at the accident scene, who escaped unhurt, worked tirelessly to rescue Zakari, but he was weak.

While they were rushing Zakari in a vehicle to the Nkawie Hospital for treatment, he died on the way.

The body has since been deposited in a morgue at the Frimpong Boateng Medical Center for preservation and autopsy.

A police report sighted by the DAILY GUIDE has confirmed that Zakari died in an abandoned mining pit on Thursday evening.

It said two people, Halidu Moro and Ababil Yakubu, were reportedly mining illegally with Zakari when the unfortunate incident struck.

“They were prospecting for gold at Esaase in an abandoned pit and in the process, the heaped sand caved in and trapped Solomon Zakari,” it noted.

The report noted that Zakari suffered a fracture on his left hand.

“Solomon Zakari passed on whilst on the way to Nkawie Hospital for treatment,” the police report said.

It added that Halidu and Yakubu admitted to mining in an abandoned pit so they are now in police custody assisting in investigations.