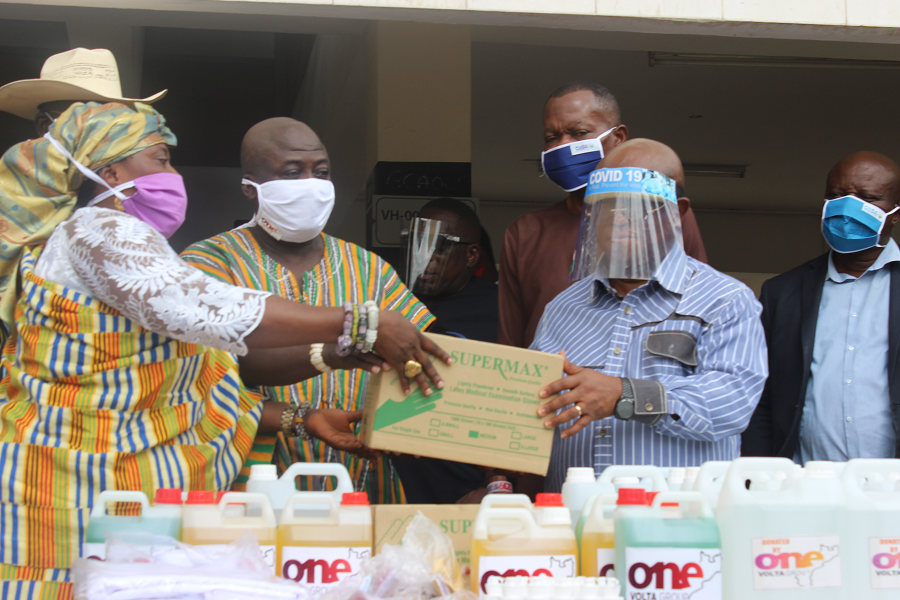 The members of One Volta Group in the Volta Region have evinced their support for a united and territorial integrity in the country.

The One Volta Group stated in a press statement issued on Tuesday, October 20, 2020, that, Justice delayed is justice denied, therefore, the government should hasten the gait of the investigations and bring the suspected individuals for prosecution before an impartial court of competent jurisdiction and release the innocent citizens who were swept up in the hoop up of suspected secessionists.

“We would like the government to quicken the pace of the investigations and to bring the suspected individuals to trial before an impartial court of competent jurisdiction”. – the statement said

This commemorates the recent report of secessionists disturbance in some parts of Volta Region.

Addressing the Western Togoland issues, they renowned that, not all parts of Volta Region are by default a part of the Western Togoland territory, citing; “even before the Ashanti and the Northern Territories joined Gold Coast (Ghana) in I902, Northern tip of Volta region all the way to parts of the Upper East Region, Akatsi North, Akatsi South, Peki areas, Anloga, Central Tongu, South Tongu, North Tongu, Keta, Ketu North, Ketu South, Agotime Ziope, among others, have always been part.”

Some persons suspected to be members of the group also hit the terminal of the state-owned STC bus company, burning down a bus and causing significant damage to another.

Although some chiefs in the region have condemned the group, the One Volta Group is also proposing that a “bi- partisan Commission be set to investigate the conflicting reports emerging from the disturbances and the lethargic response of national security in order to find a lasting solution once and for all”.

One Volta Group, in the statement, also appealed to the President of the Republic of Ghana to be a “father for all and reprimand any MP that infers to indigenous Ghanaians as ‘foreigners’ and not remain silent to be misinterpreted by self-seeking persons.

“We do not want his silence to be misinterpreted as tacit approval of those bigots, who are promoting or inciting secession through their antagonistic behaviour and utterances,” the group stressed.

They “believe that all Ghanaians are one people, with a common destiny.  This United Ghana must be protected by all patriotic citizens”.

“No Debate, No vote” – Kevin Taylor to Akuffo-Addo

"No Debate, No vote" - Kevin Taylor to Akuffo-Addo