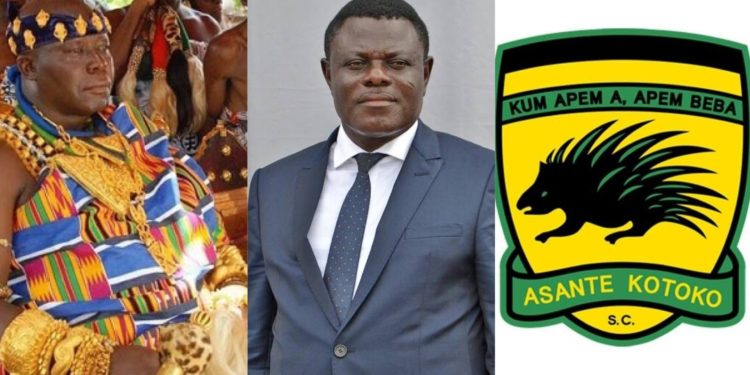 51
SHARES
281
VIEWS
Share on FacebookShare on TwitterShare on WhatsApp

Information reaching our desk at Loud Silence Media suggest His Royal Majesty Otumfuo Osei Tutu II is likely to dissolve the Kumasi Asante Kotoko Board after a vote of no confidence was passed in the current bleats being led by businessman Kwame Kyei.

Dr. Kwame Kyei was named as a new executive chairman of Asante Kotoko in 2016 by His Royal Majesty Otumfuo Osei II.

However, after almost 5 years since his appointment, Asante Kotoko have had series of issues with the team including none performance and lack of direction for the team.

To compound their woes, they lost the domestic league to rivals Accra Hearts of Oak in a game they were beaten by a goal to nil in Accra.

Our sources suggest Otumfuo Osei Tutu II the Asante King who owns Kotoko by virtue of tradition will either dissolve the board led by Dr Kwame Kyei or sack Dr Kwame Kyei and maintain other members of the board.

There have been series of power play between Dr Kwame Kyei who is the chairman of the board of Kotoko and the CEO of the team Nana Yaw Amponsah which has dominated media headlines in recent time.

Mr Kyei is a successful business owner and a known player in the Oil Marketing sector in Ghana.