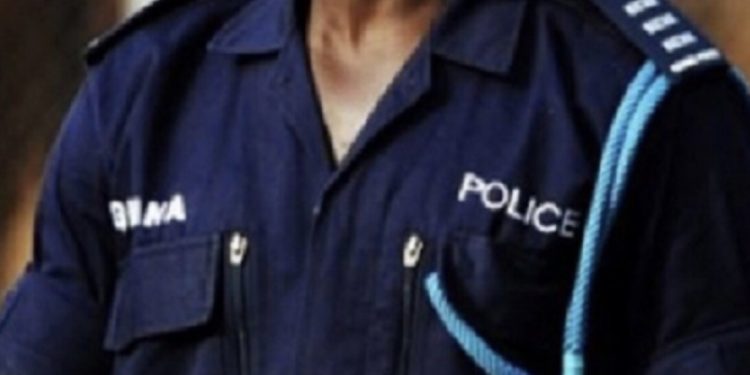 93
SHARES
515
VIEWS
Share on FacebookShare on TwitterShare on WhatsApp

A police officer has been arrested by the Kintampo Divisional Police Command for allegedly stealing a motorbike and other items belonging to the Ghana Police Service.

Joy News sources revealed that the suspect, Corporal Christian Adjei Boateng, was arrested after a colleague saw him pushing a Honda Motorbike with registration No. M–15–UW – 2071 across the road in front of the Police station, where a motorbike fitting shop is situated.

The complainant and another officer have gone to the fitting shop only to find out that the Corporal was not there.

A search was conducted at his residence in Kintampo by the Divisional Crime Officer, DSP Edmund Agyemang Badu, together with other groups of investigators.

The suspect admitted ownership of the substance said to be Indian hemp and the other items.

He confessed that “he smokes Indian hemp, so the dried plant material was what he had purchased for smoking”.

However, he failed to disclose his source of supply and has also failed to produce any lawful written authorisation to possess same.

The statement further added, “The police officer suspect also admitted to stealing the AK 47 ammunition and the other police accoutrements but again failed to mention where he stole same them from.”

“The exhibits are retained for further investigation”.

Meanwhile, suspect G/L/Cpl. Christian Adjei admitted the offence of stealing the motorbike in his cautioned statement to police in the presence of an independent witness”.

The statement added that “a report shall be submitted to Regional Headquarters within 48 hours”.