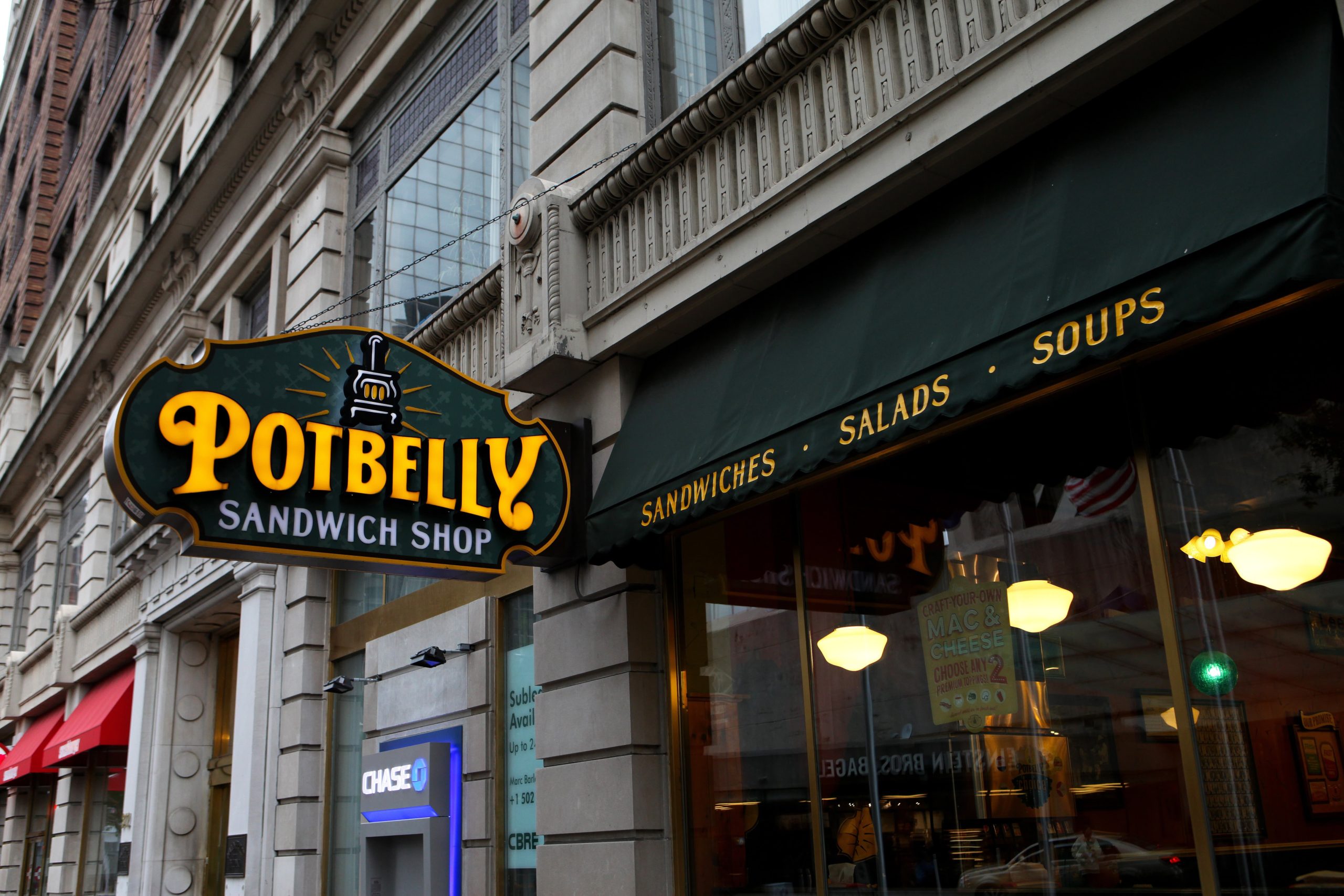 A sign alerts Potbelly Sandwich Shop customers that it is open for pick-up and takeout only due to the coronavirus outbreak in Washington, D.C., U.S., on Tuesday, March 17, 2020. Photographer: Andrew Harrer/Bloomberg via Getty Images

Potbelly said Saturday that it will return its $10 million loan from the Payroll Protection Program intended for small businesses, making it the latest notable name to return the funds.

The sandwich shop chain follows other large, public companies like Ruth’s Chris Steakhouse and Shake Shack to give back the government funds meant to help businesses survive the coronavirus pandemic. The $350 billion total allotment ran dry earlier this month, stirring outrage against large-cap public companies who received the assistance.

The government has allocated at least $243.4 million of the PPP loans to publicly traded companies, according to research from Morgan Stanley. However, the program was primarily designed to help mom-and-pop shops to keep paying their employees. Potbelly, which received the maximum loan amount, has a market cap of $71.2 million.

“We were surprised and disappointed when the fund was quickly exhausted, leaving many without help,” Potbelly said in a statement Saturday. “We are returning the PPP loan after further clarification from the Treasury Department.”

Potbelly said its sales dropped dramatically when the virus hit, and that it was forced to furlough employees, close locations and significantly reduce salaries at all levels. In order to support in-shop workers, the company said it applied for the small business loan. It is now looking at alternatives methods to securing funds.

Ruth’s Hospitality Group, which owns Ruth’s Chris Steakhouse, repaid the $20 million it received through the PPP by applying through two different subsidiaries. It is now weighing other options for securing future funds.

Shake Shack also gave back its $10 million PPP loan, which it applied for after closing about half of its 120 locations worldwide. The chain has been forced to furlough or lay off more than 1,000 employees as the coronavirus pandemic shutters businesses across the U.S.

Shake Shack CEO Randy Garutti and founder Danny Meyer said in a blog post that the returned funds could be given to the independent restaurants “who need it most, (and) haven’t gotten any assistance.”

Other large public companies have refused to return the loans, despite new guidance issued Thursday by the Treasury Department and Small Business Association that adds clarity regarding which companies qualify for the loans.