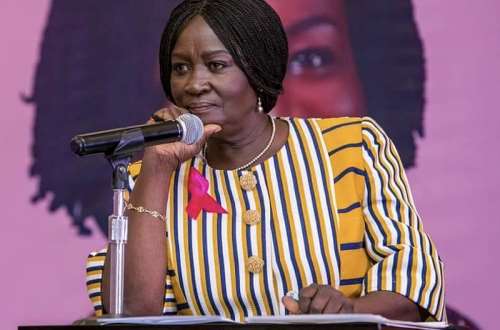 51
SHARES
283
VIEWS
Share on FacebookShare on TwitterShare on WhatsApp

According to the former education minister, the protesters would have been freely allowed to protest against the economic hardships without being maltreated by the police or any other institution under the erstwhile Mahama administration.

She condemns the police officers who fired teargas and rubber bullets at the “peaceful” demonstrators on Tuesday.

“Like your successor (referring to former President Mahama), these demonstrators could have occupied Ghana and allowed their votes to count without a policeman being captured aiming a gun and a stone at peaceful demonstrators,” she stated.

Her comment follows Tuesday’s edition of the Arise Ghana demonstrations that was marred with violence clash between the Police and protesters at Circle.

Speaking at the John Evans Atta Mills Memorial Lecture for the Central and Western Regions, in Cape Coast, on Wednesday, June 29, 2022, Prof. Opoku-Agyeman expressed her admiration for the late former president, John Fiifi Atta Mills who was celebrated as a peace-loving president.

She touted Prof. Mill’s strong moral character, regard for people, and commitment to easing hardships of his citizens.

“Truthfulness and a willingness to account for his stewardship without fear from anyone, whether or not Parliament was involved, was a quality I admired. We will always celebrate you for embodying these defining characteristics,” she emphasised.