Revealed: Gabby Otchere Darko had a Hand in the Murder of Major Mahama 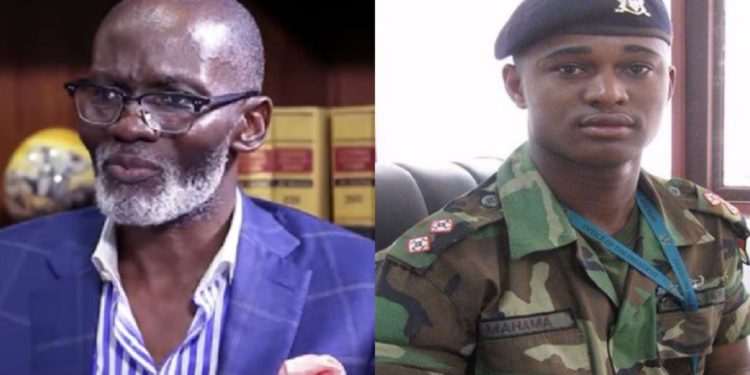 A jaw dropping audio of Ekow Ewusi NPP’s Vice Chairman of the central region has revealed the real Brains behind the gruesome müder of Major Maxwell Adam Mahama.

Major Mahama was lynched by an angry mob at Denkyira Obuasi in the central region on May 29th 2017 after he was said to be mistaken as an armed thief.

His gruesome murder went viral with videos of how he was beating and shots and even set ablaze revealed.

5 years on, those arrested in connection to his murder are still facing trails without final judgment.

An audio in our possession loaded below has the voice of Ekow Ewusi, who himself have issues of himself involving Galamsey citing Gabby Otchere Darko as one of the key persons whose actions led to the death of the military man.

He said he Ekow Ewusi was framed up after he declined the request of Gabby Otchere Darko to go do Galamsey after series of calls.

He added Charles Bissue, who is the Western Regional Secretary of NPP was equally framed up to be caught on tape taking bribe together with the sector minister Professor Kwabena Frimpong Boateng at the time.

Extreme Hardship: Transport fares to go up by 30% on Friday, May 13