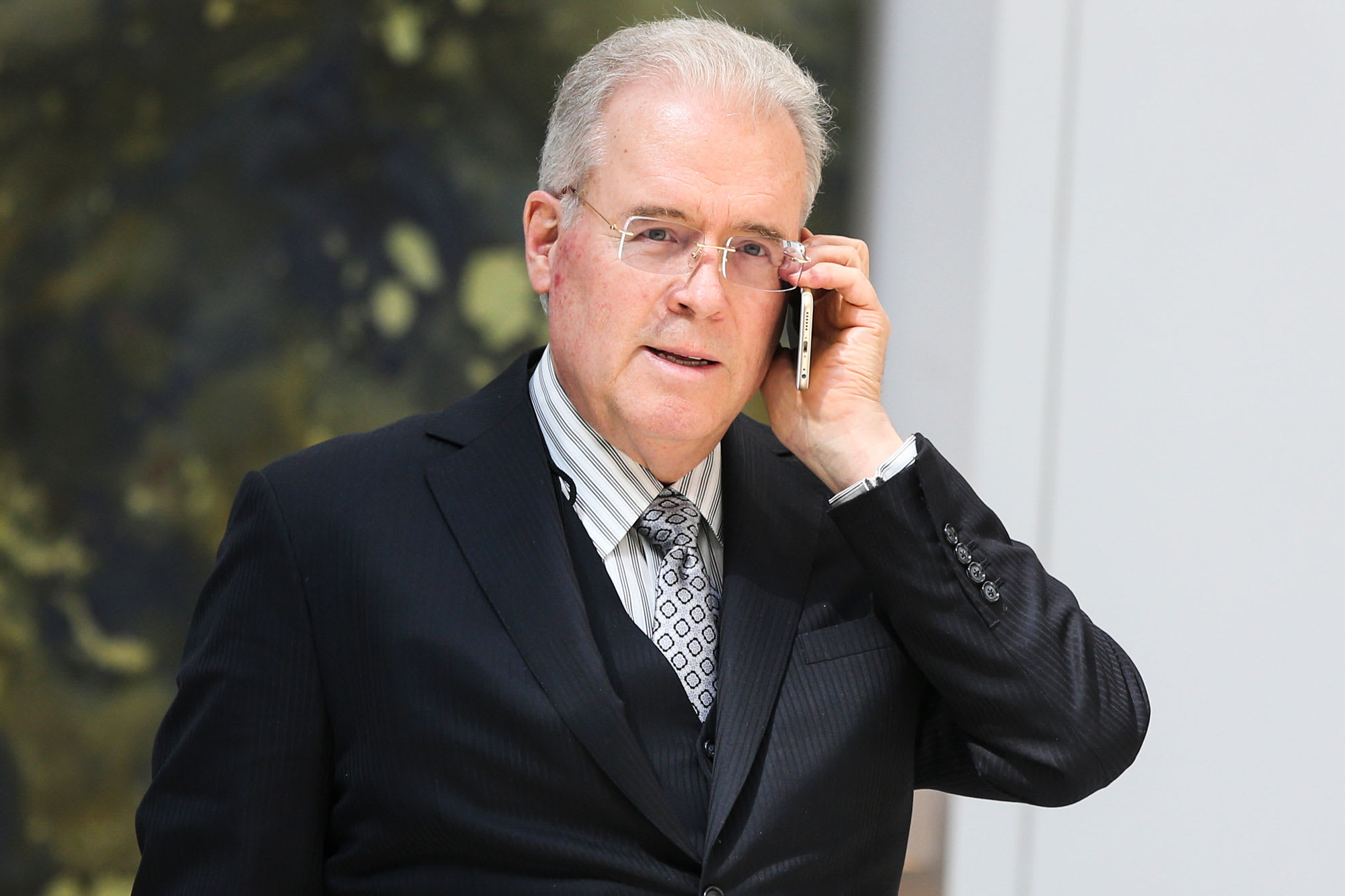 Robert Mercer speaks on the phone during the 12th International Conference on Climate Change hosted by The Heartland Institute on March 23, 2017 in Washington, D.C.

President Donald Trump and the Republican National Committee have one of their old allies back in the big money fundraising game after he stepped back from helping the commander-in-chief.

Robert Mercer, one of Trump’s original financiers during his first run for president, gave his first six-figure check of the 2020 election cycle to the Trump Victory committee in February, according to a new financial disclosure report.  The $355,200 contribution to the joint fundraising committee, which raises money for both the Trump campaign and RNC, comes after Mercer was relatively silent since assisting Trump get to the White House. The committee finished the quarter raising $63 million.

Representatives for the RNC, Trump campaign and Mercer did not return a request for comment.

During the 2016 presidential election, Mercer funneled millions of dollars into supporting Trump’s run, including investing at least $15 million into the now-shuttered data-gathering firm Cambridge Analytica, which was used to harvest private information of more than 50 million Facebook profiles.

His daughter, Rebekah Mercer, was on the board of the data-gathering company, which also boasted former Breitbart News boss and top Trump advisor Steve Bannon as an executive. The information that was gathered was used by the Trump campaign to create social media ads in an attempt to influence voters.

A year before the recent congressional midterms, Mercer stepped down as CEO of hedge fund Renaissance Technologies and sold his stake in Breitbart News, the conservative online news platform, to his daughters.

CNBC first reported in 2018 that Mercer had retreated in leading the way in financially backing the president after a wave of public scrutiny for his assistance just two years earlier. During the 2018 election cycle, him and his wife combined to contribute just over $6 million, according to the nonpartisan Center for Responsive Politics [CRP], including $400,000 to pro-Trump super PAC, the Great America PAC. None of that money went to Trump Victory.

Mercer has since appeared to have contributed two separate $2,700 checks to the Trump campaign and $5,400 to the RNC but the data from CRP shows the contributions to the president’s campaign may have been refunded.  There have been no other contributions to Trump-related entities this year.

Still, having Mercer potentially getting ready to give more six-figure donations to Trump and the RNC is yet another boost to a growing campaign war chest. It comes as apparent Democratic nominee Joe Biden is trying to raise more money to keep up with Trump’s operation.

As part their expanded efforts, Trump Victory is deploying finance chairs to all 50 states in the build up to the November general election.

No Recommendations for COVID-19 Treatment for Now