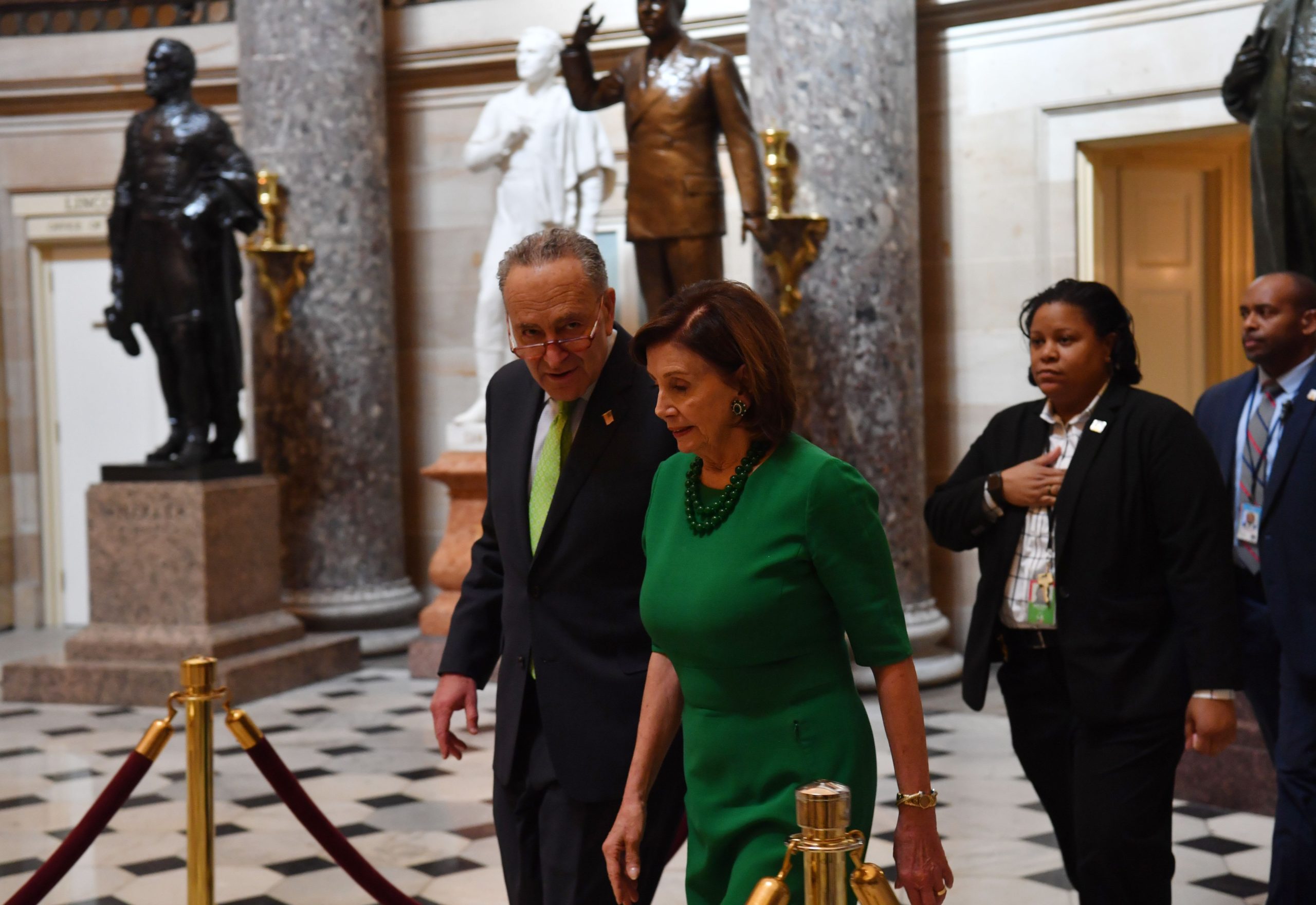 House Speaker Nancy Pelosi leaves with Sen. Chuck Schumer, D-NY, after speaking to the media during her weekly briefing March 12, 2020 on Capitol Hill in Washington, DC.

Democrats have pushed for changes to the program and more funds to support local governments battling the pandemic. Republicans have accused the Democrats of holding up necessary money for small businesses that are hemorrhaging cash as commerce has come to a halt.

Senate Democrats last week blocked an attempt by Senate Majority Leader Mitch McConnell, R-Ky., to rush another $250 billion in funding for the program through his chamber by a unanimous vote. Republicans then rejected the Democratic proposal outlined by Pelosi and Schumer allocating another $250 billion to small businesses, hospitals, states and food assistance programs.

“It has been stunning to watch our Democratic colleagues treat emergency funding for Americans’ paychecks like a Republican priority which they need to be goaded into supporting,” McConnell railed Wednesday.

“The cost of continued Democratic obstruction will be pink slips and shuttered businesses.”

Meanwhile, Pelosi told CNN’s Jake Tapper on Wednesday the party is still pushing for changes to the program. One plan the Democrats “still want to negotiate” calls for $60 billion for community financial institutions, like credit unions or community banks, to help get money into those hands, she said.

“We all want it to work. We all want to facilitate that,” she said, “But we cannot do it by ossifying the lack of access to credit for smaller businesses in our country.”

“In Michigan, initial estimates suggest state revenues could be reduced by $3 billion alone this year– $7 billion over the next 18 months,” wrote Michigan Gov. Gretchen Whitmer.