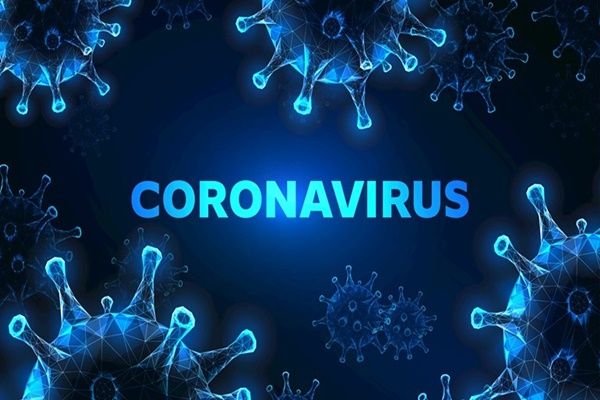 The President of Senegal, Macky Sall, is calling for countries to work together “to bring about a world order that puts human beings and humanity at the centre of international relations”.

“The time has come to consider public health issues on an equal footing with peace, security, the environment and the fight against terrorism, and other cross-border crimes.

“The new world order that I am calling for requires mutual trust and a sincere willingness to cooperate on issues of common interest and shared values, while respecting our differences and diversities,” Mr Sall wrote in an opinion piece on the COVID-19 pandemic for the Africa Briefing website.

“With respect to global public health issues, this new world order will have to exclude all forms of discrimination, stigmatisation and prejudice, especially towards our continent.

“Africa, as the cradle of humanity and a land of old civilisation, is not no-man’s land.

“Nor can it offer itself as a land of guinea pigs.

“Out are also the doom scenarios that try to draw an apocalyptic future for the continent,” the Senegalese leader said.
“This continent has undergone far more perilous and crueller trials.

“It has remained resilient and is standing stronger than ever.

“What is important today is rather to learn the lessons of the crisis and to pool our resources and our intelligence in order to confront, in the same spirit of human solidarity, our common enemy: a silent killer which scoffs at borders, ideologies and differences between developed and developing countries,” Mr Sall added.

He said that COVID-19 had shown “where the infinitely small shakes the whole world [and] that in the face of cross-border threats, big or small, rich or poor, we are all vulnerable”.

Mr Sall said that the pandemic “reminds the world of its own contradictions”.

“Mankind is constantly making progress in all directions, pushing back the limits of science and technology every day, including the conquest of space.

“Meanwhile, on earth, there is a shortage of masks, test kits, personal protective equipment, beds, ventilators; so many products, materials and equipment which are crucial for the treatment of patients and protection of health workers, true heroes engaged in a risky and potentially fatal struggle against an enemy invisible to the naked eye.

“It is therefore time to come back down to earth. Without being exhaustive, the COVID-19 pandemic, just like the threats to the environment and the scourge of terrorism, confirms the objective limits of the nation-state in responding to cross-border threats.”

He said that COVID-19 had shown that “any nation-state, whatever its power and means, can no longer be self-sufficient”.

“In the face of global challenges, we all need one another, especially when our common vulnerabilities are added to our individual frailties.

“So the time has come to learn from our mistakes and our limitations, to redefine the order of priorities, to give full meaning to the real economy, by investing more in agriculture, sustainable energy, infrastructure, health, education and training, in order to achieve a development that cares for the well-being of the whole humanity.”

In the case of Africa, Mr Sall said that COVID-19 had begun “eroding” the development that some countries had achieved.

“Despite the efforts spent so far, African countries are yet to reach the standards recommended by the World Health Organisation in terms of health facilities and qualified personnel, which are still very unevenly distributed, to the disadvantage of rural areas,” he noted.

For Africa to get out of this situation, Mr Sall said that the continent’s health sector needed more equipment of basic and referral health facilities; acquisition of heavy equipment and rolling stock; and training of human resources insufficient quality and quantity.

He said there should also be optimal use of ICTs in the medical field; pooling of national expertise within and between countries; and support given to universal health.

Crucially, Mr Sall said African countries should establish regional platforms to be deployed during health emergencies such as the Dakar platform, which served as an air and logistics base during the 2013/2014 Ebola outbreak that hit Guinea, Liberia and Sierra Leone.

“Though lagging in development, Africa abounds in quality human resources, including eminent experts, practitioners and competent researchers, who contribute daily to the progress of medicine,” Mr Sall said.

“With the establishment of the Africa Centres for Disease Control and Prevention, which works in conjunction with relevant national agencies and qualified laboratories such as Institut Pasteur in Dakar, whose origins date back to 1896, the continent has a qualified scientific network connected to the global alert and management mechanism for international health crises.”

On the economic front, Mr Sall said that although COVID-19 was having a universal effect, it would affect African countries the most, with the Economic Commission for Africa initially estimating that the continent could lose no less than 1.4 per cent of its GDP growth ($29 billion), falling from 3.2 per cent to 1.8 per cent.

He said that Senegal’s GDP was estimated to drop from 6.8 per cent to less than three per cent.

However, Senegal had adopted an Economic and Social Resilience Programme of about $2 billion to support households, businesses and the Diaspora, Mr Sall added.

Coronavirus in Egypt: ‘The supervising doctor has tested positive’

Hospital Staff ‘Looking for Reasons to Make Trouble’ Amid COVID

Hospital Staff 'Looking for Reasons to Make Trouble' Amid COVID