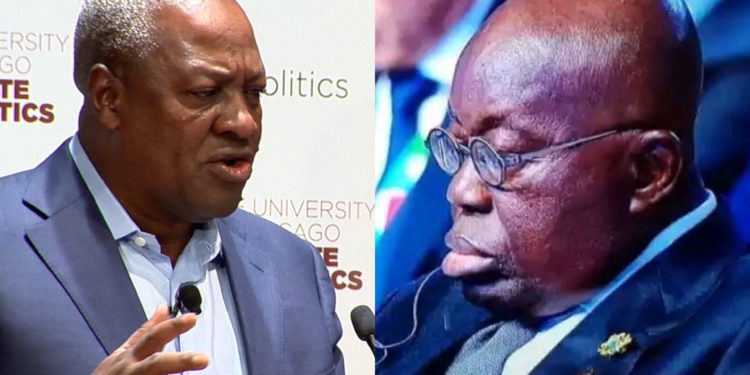 Former President John Dramani Mahama has told President Nana Addo Dankwa Akufo-Addo to stop exonerating his appointees who have been accused of engaging in corruption.

Mr Mahama noted that in order to fight against corruption and reduce it to the lowest level, the president must allow state agencies to work rather than clearing these officials even before the institutions bring their reports out.

“If President Akufo-Addo keeps exonerating his appointees engaged in corruption, the act will never stop. The government must take steps to stem corruption in the country.

“We have a new Special Prosecutor. Looking at how he has started his work, we are all hopeful that he will fight corruption…and all of us will support him to do his work,” Mr Mahama said on Koforidua-based Sunrise FM during his thank-you tour of the Eastern Region

It is recalled that while speaking at a press conference on Monday, August 30, 2021, the National Communications Officer for the NDC, Sammy Gyamfi said the President had rather cleared and shielded these officials, “instead of prosecuting them and ensuring that the monies they’ve siphoned are refunded to the State”.

“What is instructive in all this is the fact that none of the government officials and NPP functionaries responsible for all these cases of corruption which have occasioned huge financial losses to the state have not been held responsible for any of these corrupt acts.

“This is what has made corruption a free-for-all pageant show in the Akufo-Addo/Bawumia/NPP government and has emboldened many more appointees and officials of government to engage in more acts of corruption and plain stealing with brazen impunity,” Mr. Gyamfi added. 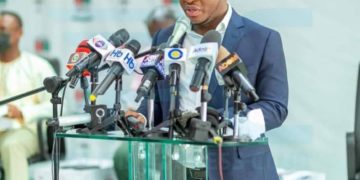