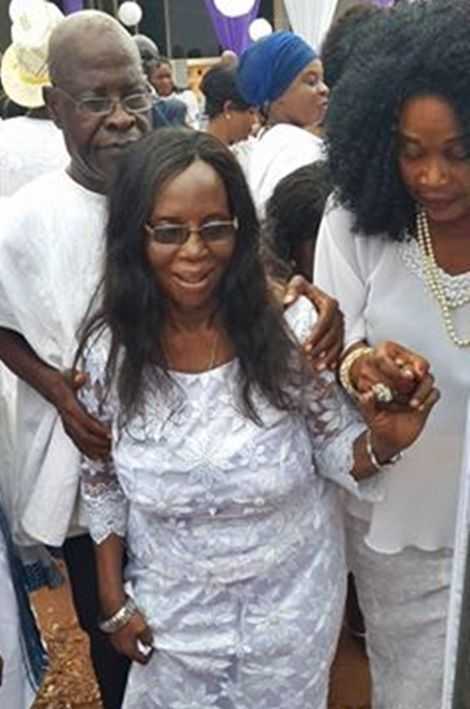 Veteran actress Grace Nortey has expressed her disappointment at how successive governments have failed to fulfill promises of creating better conditions for veteran entertainers over the years.

According to the respected actress, she expected aged entertainers to be treated well considering their contribution and sacrifices to the nation but, unfortunately, that has not been the case.

The team donated some food items to her last Thursday and that was when she said she was always hurt by empty promises.

“We always hear the big promises for this industry, including plans for the aged like myself but we never get to see them. Truthfully, my colleagues and I are hurt by these empty promises. “It makes you feel like all the years of sacrifice and dedication are not appreciated and that is not motivating. I acted for over 40 years and my contribution to the industry cannot be ignored. However, it feels our leaders don’t have our interest at heart.

“It should not just be about words but the leadership must take action as well because the empty promises are many and this is the time we need help most,” she said.

Her disappointment was acknowledged by the sector minister who assured that her administration was ready to listen to the diverse concerns of industry persons and offer the needed support in those areas.

She mentioned that the current government had deep interest in the arts and the plans for the creative sector would not be empty promises as measures were being put in place to support stakeholders in the industry.

Mrs Oteng-Gyasi expressed her satisfaction at the contribution of the veterans to the industry and gave an assurance that the ministry would work in their interest.

“We know the challenges and concerns of people in the industry but we can assure you that we are working to create better conditions for the sector and the welfare of veterans is very important to us,” she stated.

Grace Nortey is recognised as a good actress especially for her roles that characterise a dramatic and difficult persona.

The mother of five, who has featured in many movies including Lost Hope, Expectations, Jewels, Escape of Love, Beast of No Nation, Sinking Sands, Ties That Bind, similarly has many awards to her credit.

She won the Best Actress in a cameo role for her character in Shirley Frimpong Manso’s Adams Apple at the 2011 Ghana Movie Awards.

Unemployment: She's called 300 times and can't get through