The Supreme Court has fixed May 5, to deliver its verdict on the suit challenging government’s decision to sign the controversial United States- Ghana Military Cooperation Agreement.

The apex court of the land was to deliver its decision today, but when the matter was called, Chief Justice Anin Yeboah, who presided, said “regrettably this matter would be adjourned to May 5 because the panel was unable to meet to have conference on the matter due to the partial lockdown.”

In the year 2018, Brogya Genfi, the Ashanti Regional Youth Organizer of the opposition National Democratic Congress (NDC), sued government over its defense cooperation agreement with the United States.

In Mr Genfi’s eight reliefs, he was demanding a “declaration that the word ‘ratify’ used within the provisions of Article 75 of the 1992 constitution is a term of art which has a true meaning of incorporating international law and treaties into the domestic legal system of the Republic of Ghana and not prior approval or approval.”

Additionally, he was seeking a declaration that the “ratification by Parliament of the supposed agreement between Ghana and the Government of United States of America on Defence Cooperation, the Status of United States Forces, and Access to and use of agreed facilities and areas in the Republic of Ghana (hereinafter referred to as Defence Co-operation Agreement) on March 24, 2018, when the supposed agreement had not been executed by the President or person authorized by the President as provided for by Article 75 of the 1992 constitution, is contrary to the said Article 75 of the 1992 constitution and same is null and void.”

Ms. Gloria Akuffo, the Attorney General and Minister of Justice and Dominic Nitiwul were defendants in the suit.

The suit comes days after Parliament ratified the pact despite stiff opposition from the Minority.

The Minority staged a walk out during the debate in Parliament and the Majority approved the pact.

Following the ratification of the agreement, US troops will among other things be exempted from paying taxes on equipment that are brought to Ghana as well as use Ghana’s radio spectrum for free.

The Government consistently explained that it was only respecting the existing Status of Forces Agreement with the US signed since 1998 and reviewed in 2015, under the previous National Democratic Congress (NDC) administration.

But the Minority contended that the agreement as existed in the past, did not have the same clauses like the current one that gives the US unlimited access to Ghana’s military facilities.

The United State Embassy in Ghana stressed that it was only planning joint security exercises with Ghana, and that would require that US military personnel are allowed access to Ghana’s military facilities and that they are not building a military base.

The post Supreme Court to deliver verdict on Ghana-US Military Agreement on May 5 appeared first on Ghana Business News.

Springbok legend Bakkies: I liked to see fear in the eyes of opponents 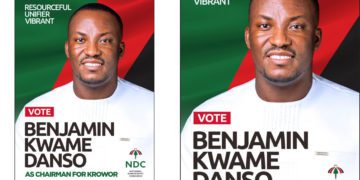