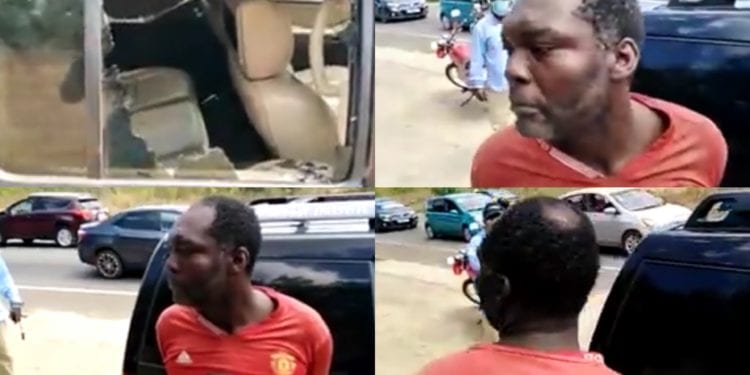 A suspected robber has been arrested by a patrol team of the Ghana Police service on the Gimpa road in Accra.

Yesterday 11th June 2021 around midday, News went viral about how a man around the Gimpa road threw a heavy stone to smash the side mirror of a Nissan Pathfinder in an attempt to rob the driver.

This was actually not the first time news like this has been reported but in recent week, drivers along that stretch has shared their ordeal of how armed men usually in the night storm the stretch in attempt to snatch cars from drivers.

The driver of the Pathfinder even after his mirror was smashed didn’t stop, he kept driving till he met police officers and reported the incident to them and the officers stormed the area to arrest one suspect.

The incident happened at day time, which further raises issues of insecurity in the country.

The video captured and shared on Facebook has other details.