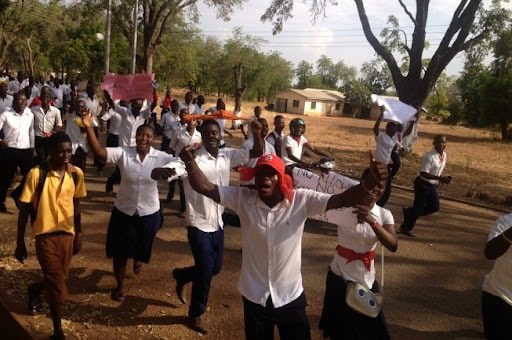 31
SHARES
172
VIEWS
Share on FacebookShare on TwitterShare on WhatsApp

It has emerged that teacher trainees have not been paid their monthly allowance for six months.

A teacher trainee, Kwame Agyin Acheampong, in an interview on Accra-based Adom FM said most of the students largely depend on the allowance to pay for their fees and cater to their domestic needs.

According to him, trainee teachers consider the government’s inability to pay the outstanding allowances as unfair treatment, a breach of promise adding that the trainees are now finding it very difficult to afford a three square meal a day.

“The kitchen staff of various Colleges of Education are threatening to go on strike because their component in the allowance has not been paid,’ he said.

The restoration of the allowance has always received commendations by the public Colleges of Education in Ghana due to the significant relief it affords trainees.

Earlier, Professor Jane Naana Opoku-Agyemang, the 2020 running mate of the National Democratic Congress (NDC), said the teachers’ trainee allowance was replaced with student loan when she served as the Education Minister.

She stated that the allowance was only replaced with a student loan scheme that provided the opportunity for more youth to be trained to enable the country to produce more teachers and nurses to fill the deficit in the schools and health facilities at the time.

“The trainee allowances were never cancelled, they were substituted with loans.

“We never cancelled teachers’ allowance; this thing should be dead by now. This is the last time I’m going to talk about this. Cancelling means you have something and we came to take it away from you. We never did that. You know that those on the loan scheme continued to enjoy it till they graduated. So we never took anything from them,” she noted.