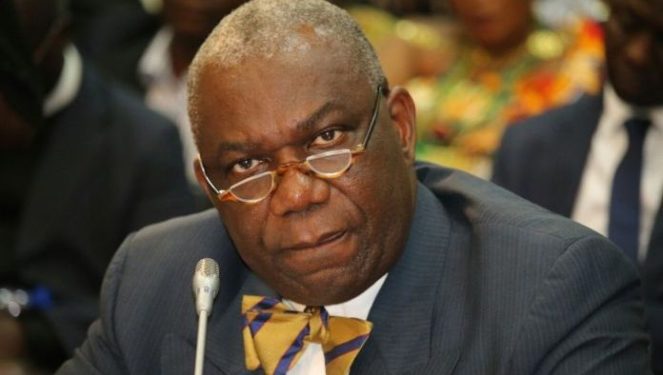 110
SHARES
612
VIEWS
Share on FacebookShare on TwitterShare on WhatsApp

Former Minister of Energy, Mr. Boakye Kyeremateng Agyarko says it is important the government shows a high level of honesty to the Ghanaian people in the midst of current hardships.

The leading Member of the ruling New Patriotic Party (NPP) made this comment on Monday, June 20, 2022, during an in-studio interview with Asempa FM.

Speaking in the interview on the ‘Ekosii sen’ programme, Mr. Boakye Agyarko bemoaned the bad state of the economy.

“The economy is not in a good place as we speak. We must be honest about it. Ghanaians would have to tighten their belts in order to survive this economy. We have to take our financial management systems seriously. We have to conscientise Ghanaians to accept the hard times ahead.

“Things are not looking good. We need to take tough measures in order to get out of this difficult. Government must be truthful to Ghanaians in all these difficult times,” Mr. Boakye Agyarko shared.

Opening up on his sacking as Energy Minister by President Nana Addo Dankwa Akufo-Addo in 2018, Mr. Agyarko said he never saw it coming.

Claiming innocence to allegations in relation to the review of the Ameri deal, the former Energy Minister said the stories were all false.

According to him, his sacking was orchestrated by some people in the Akufo-Addo government because he was nurturing a presidential ambition.

Ahead of the 2024 general elections, Mr. Agyarko says he still wants to be president and wouldn’t accept an appointment from President Akufo-Addo if one was offered.