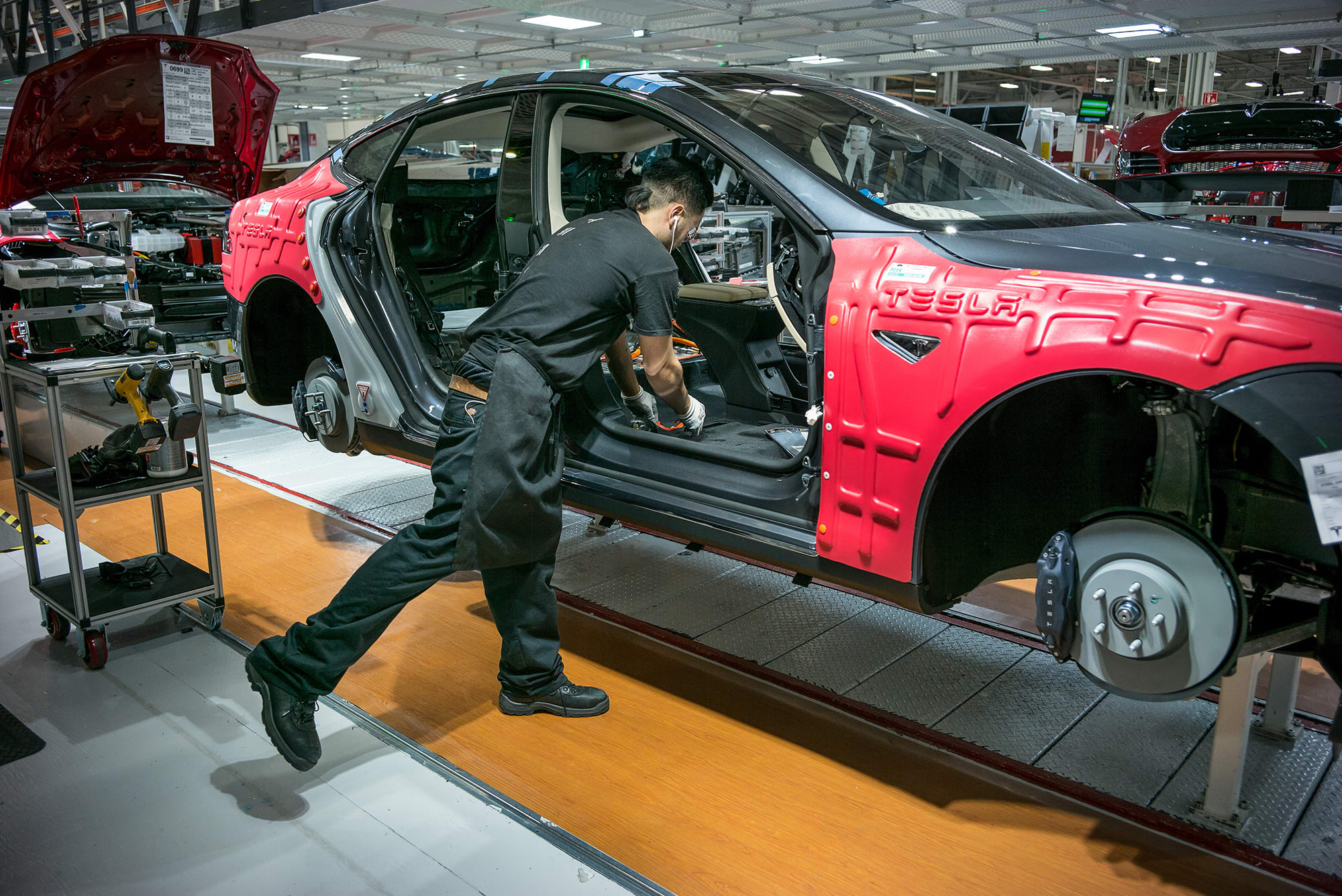 Workers assemble cars on the line at Tesla’s factory in Fremont, California.

Tesla management has asked dozens of employees to return to work on Wednesday April 29th in order to resume production at the company’s Fremont, California car plant, according to internal correspondence shared with CNBC.

The call for at least some employees to come back to work full shifts occurred even though local health orders require Tesla to adhere to “minimum basic operations” at that plant until end-of-day May 3. Bloomberg previously reported on the internal messages.

In Fremont, health orders have not been relaxed in any way yet, according to Sgt. Ray Kelly, a public information officer for Alameda County Sheriff’s Office. State and local authorities are expected to update residents and businesses by May 3 as to whether the orders will be extended, relaxed or entirely lifted, he said.

Under those orders, Tesla’s Fremont factory was supposed to suspend vehicle production on Thursday March 19.

But the company resisted, and kept producing cars there for another five days while its legal and policy teams argued with local authorities that they should be categorized as an “essential business.” If deemed essential, the plant could have continued to operate with a few Covid-19 protocols in place to protect workers.

Before it suspended vehicle production, Elon Musk’s electric car company began taking the temperature of workers entering its Fremont factory, and distributing face masks to some.

Since then, Tesla has asked many employees to work from home, furloughed others, and cut employees’ salaries, while stopping all contractors’ assignments. (Tesla temps, or contract workers, are now either unemployed or eligible to find other gigs through their staffing agencies.)

Three employees who work at the Fremont plant, and were furloughed, shared internal messages sent to them on Friday and over the weekend with CNBC. These people asked to speak anonymously as they were not authorized to give press interviews. CNBC chose not to publish the entirety of the internal messages in order to protect their identities.

While happy to return to work in a sense, each expressed concern about working in the factory amid a Covid-19 outbreak.

As of April 26, Alameda County reported a total of 1,468 confirmed Covid-19 cases, with 52 deaths due to the novel coronavirus across the county. An estimated 98 of those confirmed cases occurred in Fremont.

Tesla workers commute in from across the county and neighboring areas. Most production employees have to complete physical tasks in close proximity, with little time between each to stop and wash their hands, they said.

CNBC reached out to Alameda Country District 1 Supervisor Scott Haggerty, and to Tesla, for further information about the company’s plans and related health orders. Neither were available to comment over the weekend.

Tesla is planning to report first-quarter earnings on Wednesday, the same day it has called some workers back for shifts at Fremont.