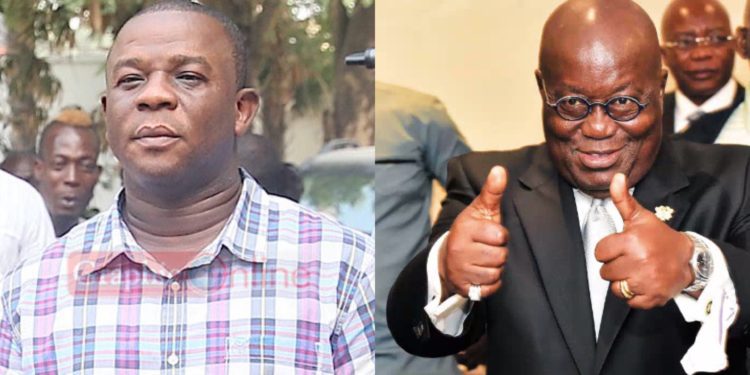 48
SHARES
268
VIEWS
Share on FacebookShare on TwitterShare on WhatsApp

Director of Operations at the Presidency, Lord Oblitey Commey, has promised winning bonuses to Assembly Members of the Accra Metropolitan Assembly.

The approval process of the new Mayor took place at the AMA hall on Thursday, October 7, 2021; with the nominee securing a 100% endorsement from members.

Speaking after the vote, a visibly elated Commey said to a cheering gathering: “Especially to the honourable Assemblymembers, yesterday we had a discussion, isn’t it? It would not end there, your winning bonus is on its way soon.

“Sitting from my spot, you will see I was conferring with the regional and foreign ministers, we have witnessed something nice, decent and expensive.

“I am happy and proud that the youngest-ever mayor is prepared to provide that support to support you. And that our honourable members of Parliament have shown that indeed they mean what they say and they are always ready to support us.

“I thank you. I stand in the stead of the president, I had to leave from Aburi and he asked me to come and join you, I will duly inform him,” he added.

Mr Commey did not state exactly what the said bonus entailed but an assembly member admitted that despite not knowing what was involved, he is confident that the bonus will come.

“The winning bonus will come… in the future, he has spoken that it wili come. I am expecting it and whatever comes I will accept.

“We are ready for whatever because he wants to give us a bonus but we don’t know what it is,” the member who spoke to Accra-based Joy News stressed.

Elizabeth Sackey, a former Member of Parliament and deputy Greater Accra Regional Minister becomes the first woman to rise to the post of AMA mayor. She succeeds Mohammed Adjei Sowah who was Mayor under the first term of the Akufo-Addo government.