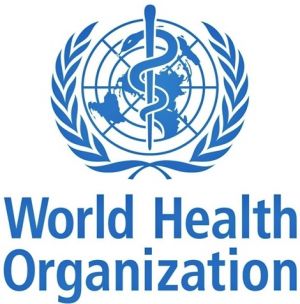 There is no evidence to support the belief that people who have recovered from coronavirus will not catch it again, the World Health Organisation has said.

WHO chiefs have warned world leaders against investing too heavily in the tests to show if a person has already had the virus, because they do not guarantee immunity.

The UK Government has bought 3.5million serology tests, measuring antibodies in blood plasma, but they are not definitive in proving if someone has had the virus.

Many tests being developed are pinprick blood checks similar to widely used instant HIV tests and measure raised levels of the antibodies the body uses to fight the virus.

It comes as a top health official said the coronavirus ‘immunity passports’ plan is doomed to fail after only 10 percent of Italians developed Covid-19 antibodies.

And a study by scientists at Stanford University in the US found as much as 4 percent of California’s population may have already been infected with the virus.

Meanwhile, Swiss pharmaceutical giant Roche said it has developed an antibody test that it hopes to roll out in May to detect people previously infected with COVID-19, even those who displayed no symptoms.

Britain and many countries had hoped antibody tests would allow those who can prove they have had the virus – and therefore thought to be immune – to return to work and stabilise the economy.

But Dr Mike Ryan, executive director of WHO’s emergencies programme, said there was limited evidence that coronavirus survivors were guaranteed future immunity to the disease.

This means those who have already had the virus could be at risk of being reinfected.

He added: ‘Nobody is sure whether someone with antibodies is fully protected against having the disease or being exposed again.

‘Plus some of the tests have issues with sensitivity – they may give a false negative result.’

‘There are serious ethical issues around the use of such an approach and we need to address it very carefully, we also need to look at the length of protection that antibodies might give,’ he said.

‘You might have someone who believes they are seropositive (have been infected) and protected in a situation where they may be exposed and in fact they are susceptible to the disease.’

Dr Ryan said the tests had to be used as part of coherent public health policy.

His colleague Dr Maria van Kerkhove said: ‘There are a lot of countries that are suggesting using rapid diagnostic serological tests to be able to capture what they think will be a measure of immunity.

‘Right now, we have no evidence that the use of a serological test can show that an individual has immunity or is protected from reinfection.’

She added: ‘These antibody tests will be able to measure that level of seroprevalence – that level of antibodies but that does not mean that somebody with antibodies means that they are immune.’

Dr van Kerkhove said it was ‘a good thing’ that so many tests are being developed.

But she cautioned: ‘We need to ensure that they are validated so that we know what they say they attempt to measure they are actually measuring.’

The WHO is due to issue updated guidance on the issue this weekend.

The Government has already invested in 3.5million tests but has not yet found one reliable enough to roll out.

It was thought that the tests would allow ministers to aim for ‘herd immunity’, in which most Britons are resistant to Covid-19.