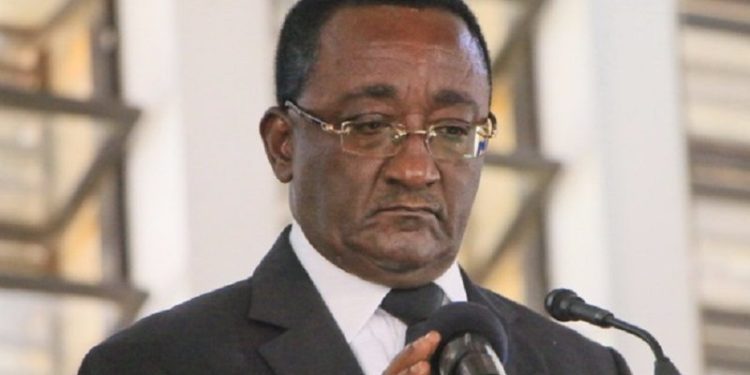 Minister for Food and Agriculture, Dr. Owusu Afriyie Akoto says the food inflation being experienced in the country is not a function of food shortage, but among other things overpricing by traders.

Dr. Afriyie Akoto insists there is enough food on the market.

He explained that the current food inflation is a result of the increase in the cost of production, high transportation cost, and excessive pricing by traders.

“I am coming from the field. Every year I go around the 16 regions to observe for myself and formulate realistic policies. I just came back 8 days ago from a tour of five regions. Ashanti, Ahafo, Bono, Bono East, and Eastern Region which are the main forest belts.”

“Per my checks and interactions with stakeholders, there is enough food out there. I went with all the 13 directors at the headquarters. Our directors were deployed to major markets in these regions. Data from nine major markets in the Ashanti and Bono East regions revealed that the volume of maize in the last 10 days was 27,000 metric tonnes. There is enough food in the system.”

Speaking on Face to Face on Citi TV, the Food and Agriculture Minister said inflation in the country is mainly due to three factors, namely the high cost of food production and high transportation costs, which are the implications of the Russian-Ukraine war and the Covid-19 pandemic.

He named overpricing by traders as the third factor.

Expanding on the third element driving food inflation; Dr. Afriyie Akoto explained that “some unknown persons are exploiting the system.”

“Techimantia is about 2 and a half hour drive from Kumasi. When I went to the market, tomatoes were sold at GH¢150. If we take into account the cost of transportation and add another GH¢30, it is supposed to sell at a little over GH¢180 in Kumasi. But there are traders who sell tomatoes in Kumasi for GH¢ 250 to GH¢300.”

“Somebody is making supernormal profits,” he added.

The minister said the ministry is engaging stakeholders to get to the bottom of the matter.

“Together with the Transport Minister, we are engaging transport unions. In the meantime, the Ministry of Gender has had a meeting with 90 market queens from around the country.”

The continuous increase in transport prices across the country has pushed national year-on-year food inflation for May 2022 to 30.1 percent compared to 26.6 percent recorded in April.

This was captured in the Consumer Price Index (CPI) data released by the Ghana Statistical Service.