Those Criticizing The NPP over E-Levy are Fools- Nhyiaeso MP; Stephen Amoah 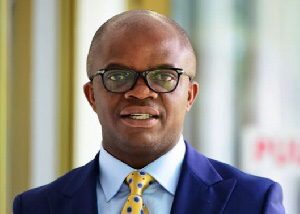 334
SHARES
1.9k
VIEWS
Share on FacebookShare on TwitterShare on WhatsApp

Member of Parliament (MP) for Nhyiaeso, Stephen Amoah, has criticised Ghanaians who are complaining about the imposition of taxes by the Akufo-Addo government, saying taxes are the foundation of development in the country.

Mr. Amoah made the argument on Tonton Sansan on TV XYZ Thursday morning while commenting on the approval of the 2022 budget and economic policy.

Parliament is currently divided over the rejection of the budget on Friday by the National Democratic Congress (NDC) MPs.

The NPP MPs also made a counter sitting on Tuesday and approved the budget that had been rejected while the Speaker of Parliament, Alban Bagbin, was presiding over proceedings.

Commenting on the matter, Mr Amoah told host Prince Minkah that the taxes need to be approved by Parliament for the government to be able to embark on the projects earmarked for 2022.

Asked that the NPP promised in 2016 to move the country’s economic pillars from taxation to production hence the pressure from Ghanaians, the Nhyiaeso MP who is one of the government’s spokespersons on finance stated in Akan “those making that argument are unintelligent.”

“You people are always complaining that the government is not widening the tax net but are afraid to pay taxes. If we don’t pay taxes, how then do we develop this country?” he quizzed.

Dr. Bawumia during the 2016 electioneering chastised the NDC administration for gross mismanagement of the Ghanaian economy despite the imposition of many taxes, with an increase in existing ones.

He said the taxes had increased the burden on the private sector and served as a major disincentive for production, and assured that the New Patriotic Party would do otherwise.

He noted that the NPP government under the leadership of Nana Addo Dankwa Akufo-Addo intended to shift focus from excessive taxation to offer the required incentive for productive activities to thrive, and help create employment opportunities to tackle the escalating unemployment situation in the country.

But Stephen Amoah believes that will be possible only if Ghanaians pay more taxes, contrary to what Dr. Bawumia kept reciting to Ghanaians in 2016.