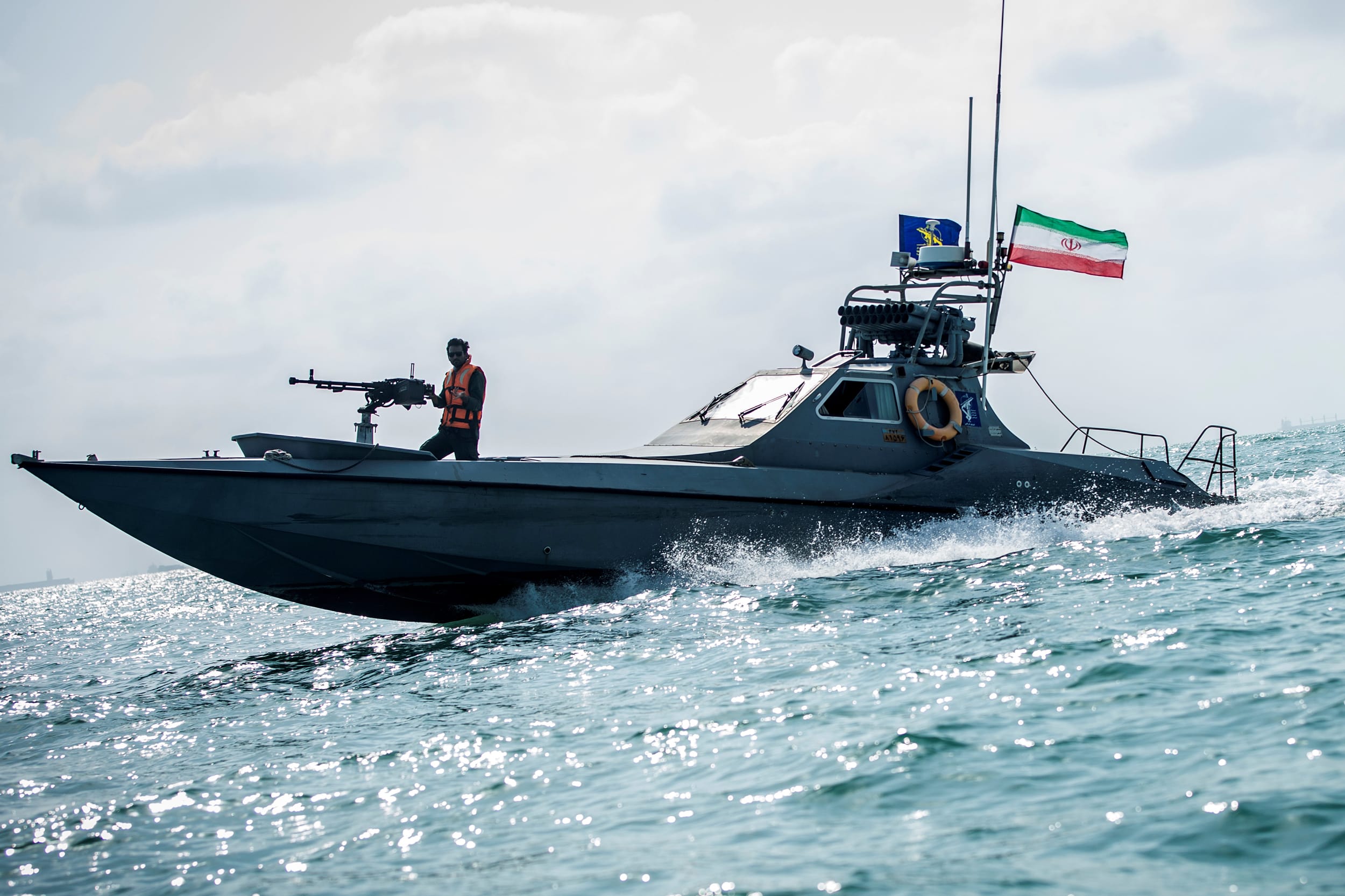 23
SHARES
126
VIEWS
Share on FacebookShare on TwitterShare on WhatsApp

A boat of the Iranian Revolutionary Guard at undisclosed location off the coast of Bandar Abbas, Iran August 2019.

President Donald Trump said Wednesday that the United States would destroy Iranian gunboats that harass American ships at sea as tensions between the U.S. and Iran remain high.

“I have instructed the United States Navy to shoot down and destroy any and all Iranian gunboats if they harass our ships at sea,” the president wrote in a post on Twitter.

The threat comes days after the Pentagon claimed that ships from Iran’s Islamic Revolutionary Guard Corps Navy took “dangerous and provocative” actions near U.S. Navy and Coast Guard ships in the Persian Gulf.

Six U.S. military vessels were conducting training operations in international waters last week when 11 Iranian ships “crossed the bows and sterns of the U.S. vessels at extremely close range and high speeds,” according to the April 15 U.S. Navy statement.

At one point, the Iranian ships came within 10 yards of the U.S. Coast Guard cutter Maui’s bow.

“After approximately one hour, the IRGCN vessels responded to the bridge-to-bridge radio queries, then maneuvered away from the U.S. ships and opened distance between them,” the statement added.

Hours after the incident, Secretary of State Mike Pompeo said the administration was evaluating a response.

“We’ve seen this before, where the Iranians behave in ways that were inconsistent with international law,” Pompeo said.

He said the U.S. was “evaluating how best to respond and how best to communicate our displeasure with what took place.”

The latest hostilities come months after the U.S. and Iran appeared to take a step back from the brink of war.

In January, the U.S. killed Iran’s Gen. Qasem Soleimani, a top official in the country who the U.S. accused of orchestrating attacks on Americans.

Iran retaliated with attacks on two bases housing U.S. forces in Iraq. There were no fatalities from the strikes, but more than 100 troops have since been diagnosed with brain injuries inflicted during the attack, according to Reuters.