Trump threatens to adjourn Congress so he can make recess appointments 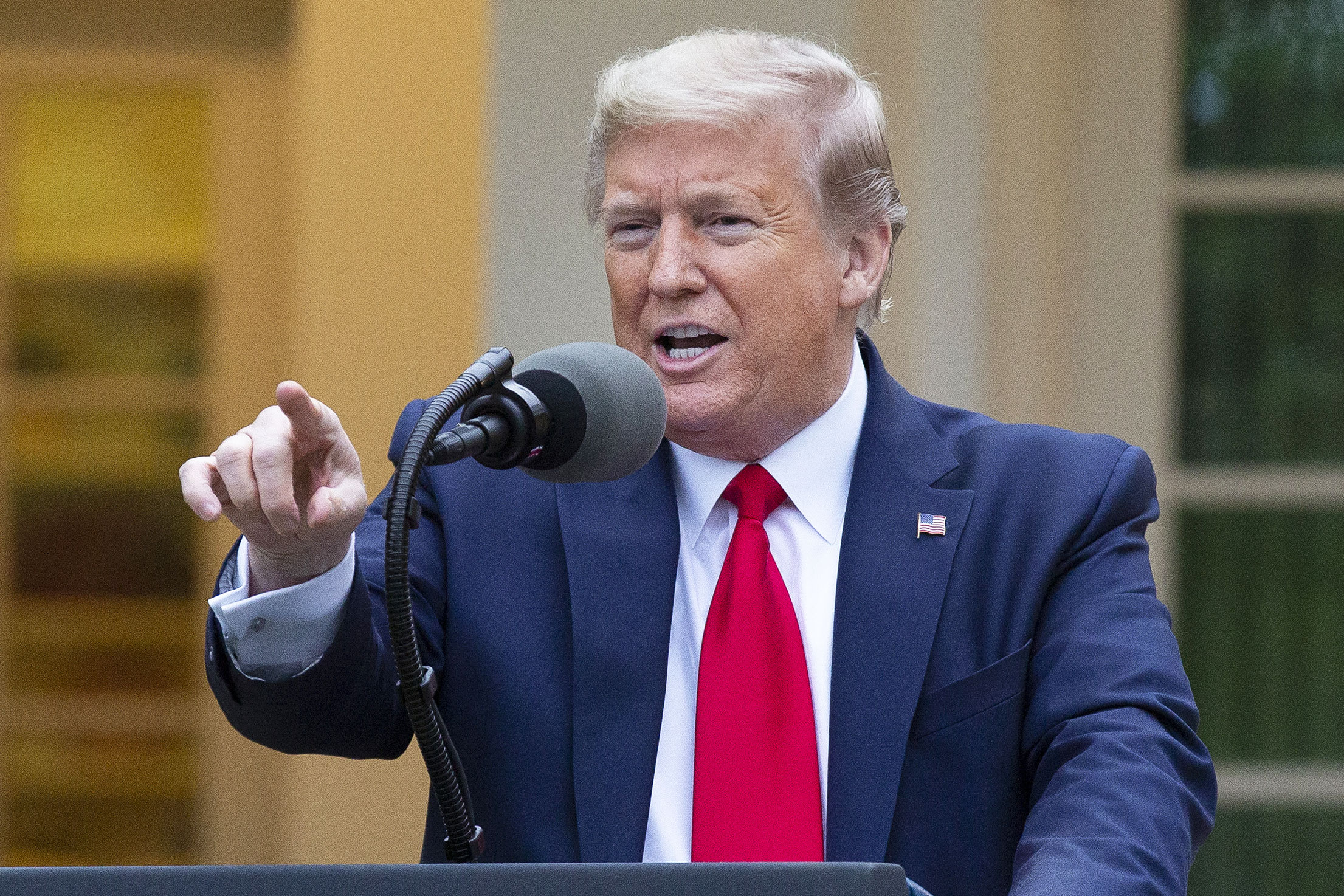 WASHINGTON — President Donald Trump on Wednesday threatened to do what no American president before him has done: Unilaterally adjourn Congress so that he can appoint his nominees to senior positions and the federal bench without Senate approval.

But according to legal scholars, the president only has the authority to adjourn Congress if — and only if — the House and the Senate disagree with one another over when to adjourn. Currently, there is no such disagreement.

“The Senate’s practice of gaveling into so-called pro forma sessions where no one is even there has prevented me from using the constitutional authority that we’re given under the recess provisions,” Trump said during Wednesday’s coronavirus pandemic briefing. “The Senate should either fulfill its duty and vote on my nominees, or it should formally adjourn so that I can make recess appointments.”

During congressional recess periods, both chambers hold extremely brief parliamentary sessions every few days, known as pro forma sessions, precisely so that the legislature is never officially adjourned, and no president can bypass the Senate’s confirmation process to make recess appointments.

Trump said he needed the ability to make recess appointments in order to appoint key officials to aid in the response to the coronavirus pandemic.

“We have a tremendous number of people that have to come into government and now more so than ever before because of the virus,” Trump said in the Rose Garden.

“If the House will not agree to that adjournment, I will exercise my constitutional authority to adjourn both chambers of Congress,” the president said. “The current practice of leaving town while conducting phony pro-forma sessions is a dereliction of duty that the American people cannot afford during this crisis. It is a scam that they do.”

No president before has ever forcibly adjourned Congress. And while the Constitution does give the president that power, it only applies in limited circumstances, all of which are nearly unimaginable.

Even if the GOP controlled Senate agreed to adjourn, formal adjournment resolutions must be adopted by both chambers of Congress, and it’s hard to envision a scenario in which Democratic House Speaker Nancy Pelosi would agree to adjourn so that Trump could appoint his nominees.

Not only would the Democratic controlled House surely object to such an adjournment, but shortly after Trump issued his threat Wednesday, a spokesman for Republican Senate Majority Leader Mitch McConnell indicated that the Senate would likewise not adjourn.

“Leader McConnell had a conversation today with the president to discuss Senate Democrats’ unprecedented obstruction of the president’s well-qualified nominees, and shared his continued frustration with the process.” the spokesperson said. “The Leader pledged to find ways to confirm nominees considered mission-critical to the COVID-19 pandemic, but under Senate rules will take consent from Leader Schumer.”

It’s not clear precisely why Trump chose Wednesday to unleash his frustration over stalled nominees, especially while so much of his administration is currently focused on the coronavirus response.

But one clue may lie in the stalled nominee who Trump repeatedly mentioned during the briefing: Michael Pack, Trump’s pick to lead the U.S. Agency for Global Media, formerly known as the Broadcasting Board of Governors. The agency oversees the Voice of America news service, among other government-run media services.

“He’s been stuck in committee for two years, and it’s preventing us from managing the Voice of America,” Trump said, before launching a broadside at the internationally respected VOA.

“If you heard what’s coming out of the Voice of America, it’s disgusting,” Trump said. “The things they say are disgusting toward our country. Michael Pack, he would do a great job but he’s been waiting for two years, because we can’t get him approved.”

Pack is a controversial nominee whose ties to former White House chief strategist Steve Bannon have done little to endear him to either Republican or Democratic senators.

Pack’s nomination was further imperiled last year when CNBC’s Brian Schwartz reported that Pack had been funneling money from a nonprofit group he ran into a private media company that he owned.

Yet even the president himself seemed to acknowledge that he was pushing the boundaries of constitutional law with his threat to adjourn Congress. “Perhaps it’s never been done before. Nobody’s even sure if it has. But we’re going to do it,” Trump said.

Asked whether there was a deadline for the Senate to approve more nominees, Trump dodged the question. “They know they’ve been warned and they’ve been warned right now,” Trump said. “If they don’t approve it, then we’re going to go this route. And we’ll probably be challenged in court, and we’ll see who wins.”