Two-thirds of voters back vote-by-mail in November 2020 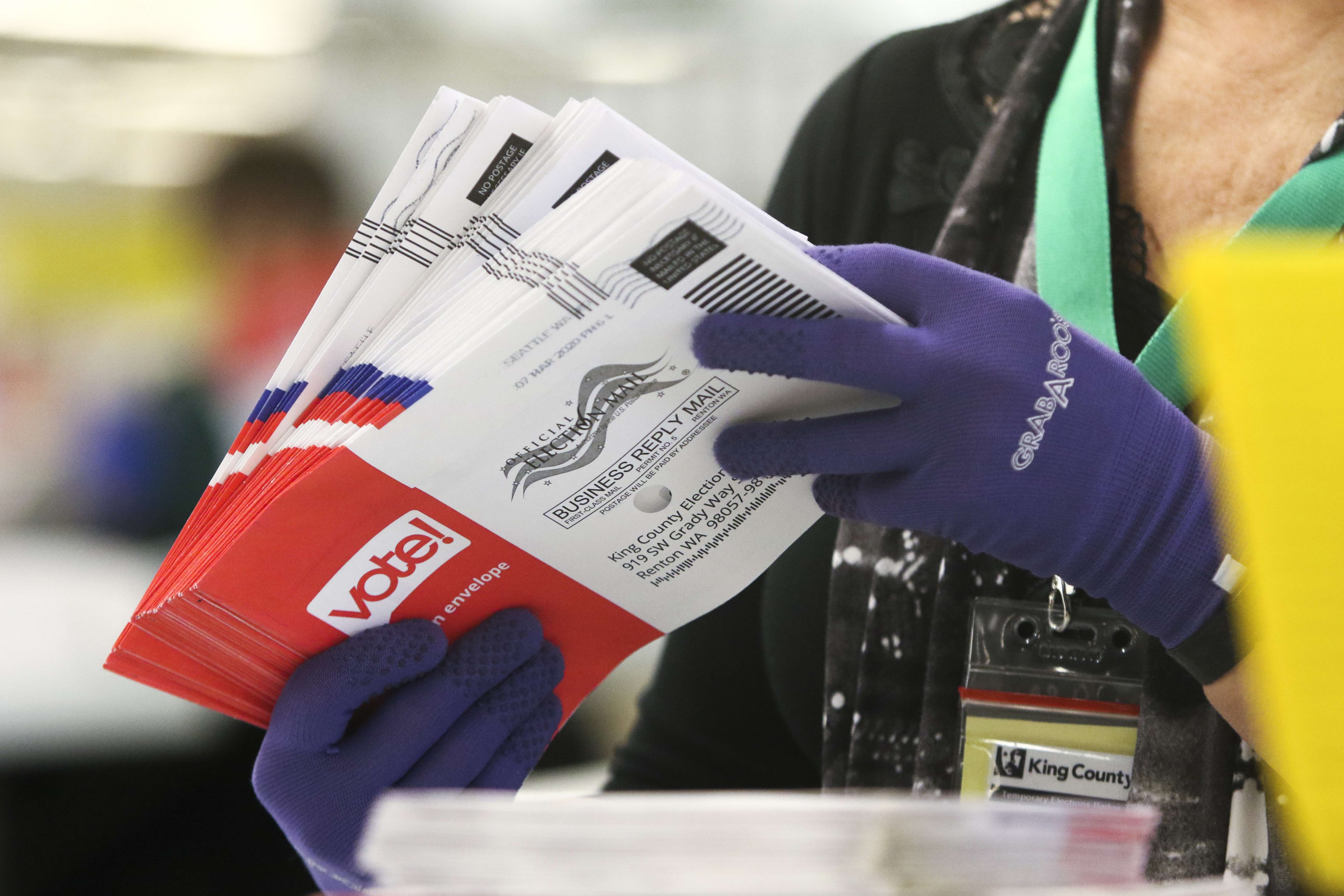 An election workers sorts vote-by-mail ballots for the presidential primary at King County Elections in Renton, Washington on March 10, 2020.

WASHINGTON — A majority of voters — 58 percent — favor nationwide reform of election rules that would allow all eligible voters to cast their ballots by mail, a new NBC News/Wall Street Journal poll finds. And nearly 10 percent more say that, while the rules should not be permanently changed, all voters should be able to mail in their ballots this November because of concerns that the coronavirus may still be a major public health threat this fall.

The survey shows that 58 percent of voters support allowing voting by mail generally, while 39 percent do not support it.

More from NBC News:
In Georgia and elsewhere in South, governors begin lifting coronavirus restrictions
Nurses are protesting working conditions — and say hospitals aren’t protecting them
The long, lonesome shift of a crematory worker in the heat of COVID-19

When an additional 9 percent of voters who back a one-time exception for November are added, a total of two-thirds — 67 percent — of the electorate supports allowing anyone to vote by mail in this year’s general election. Just 29 percent disagree.

The majority support for voting by mail overall represents a significant change over the past quarter-century. A Pew News Interest Index poll in February 1996 found that 48 percent favored allowing voting by mail for all voters, while 47 percent opposed it.

The results of the NBC/WSJ survey come after more than a dozen states postponed their presidential primary contests or changed to all-mail formats amid worries that in-person voting would put the health of poll workers and voters alike at risk.

The rules for administering elections are determined by the states rather than by federal law. Five states, including Colorado and Washington, already conduct elections entirely by mail, and more than half of states allow voters to submit absentee ballots with no explanation needed.

Democrats want Congress to mandate that states expand voting by mail and have argued that states may need as much as $4 billion in federal aid to shore up the resources needed for a huge increase in absentee mail voting in the fall due to coronavirus concerns.

But many Republicans, including President Donald Trump, say mail balloting could dramatically increase the likelihood of fraud. Trump said in a news conference this month that he opposes allowing nationwide voting by mail in November, saying he believes “a lot of people cheat” with mail ballots.

The partisan differences were reflected in the poll’s results.

Of the 58 percent who support changing election laws to allow anyone to vote by mail in all elections going forward, 82 percent were Democrats, 61 percent were independents and just 31 percent were Republicans.

And of the combined 67 percent who support either permanent changes to the nation’s laws or a one-time exception for November, 88 percent were Democrats, 69 percent were independents and just 44 percent were Republicans.

Coronavirus | Careers of Proteas legends hang in the balance

Coronavirus | Careers of Proteas legends hang in the balance