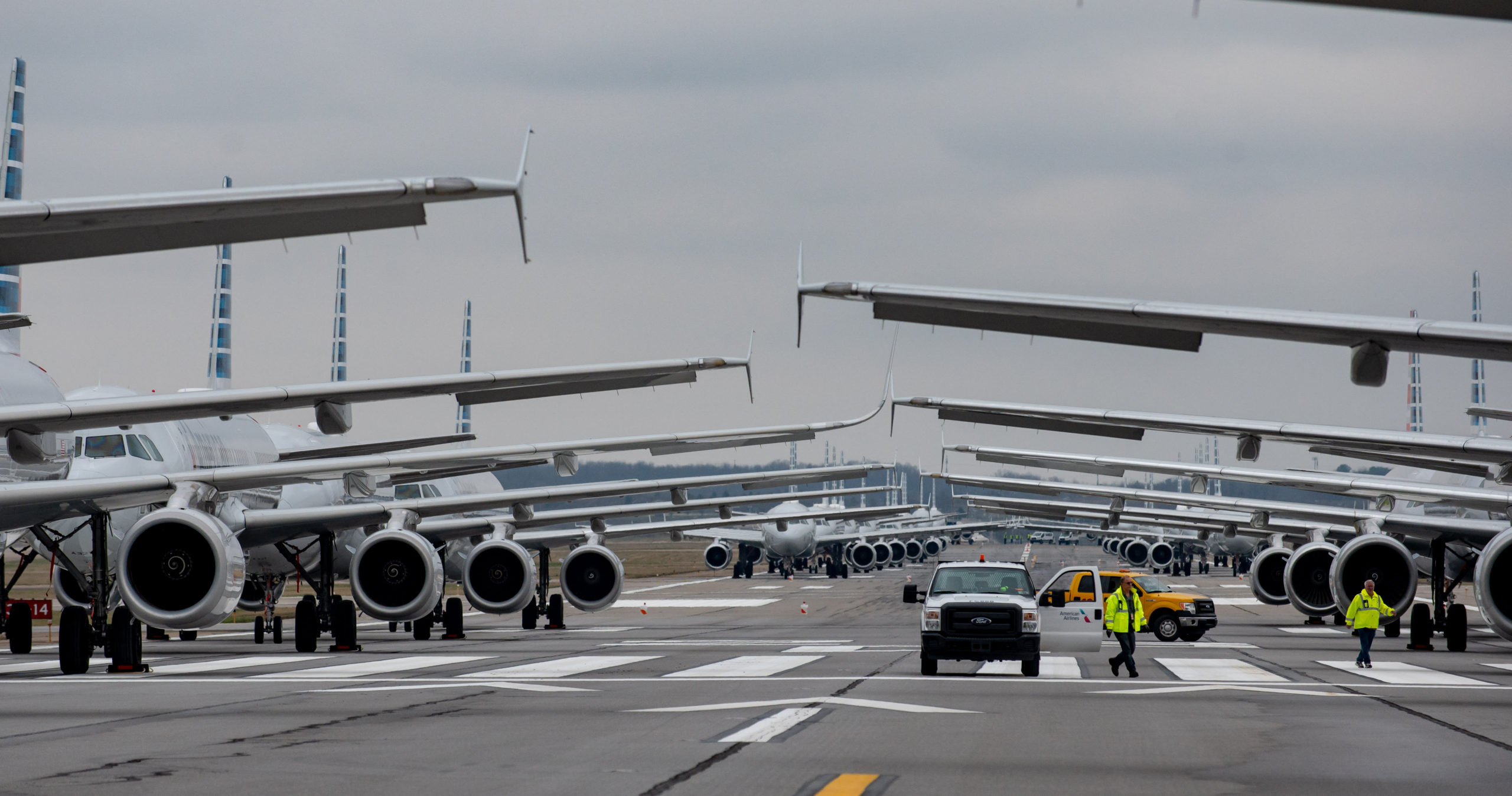 Jets are parked on runway 28 at the Pittsburgh International Airport on March 27, 2020 in Pittsburgh, Pennsylvania. Due to decreased flights as a result of the coronavirus (COVID-19) pandemic, close to 70 American Airlines planes are being stacked and parked at the airport.

The U.S. Treasury Department said on Monday it has disbursed $2.9 billion in initial payroll assistance to 54 smaller passenger carrier and two major passenger airlines, while it finalized grant agreements with six major airlines.

The Treasury is initially giving major airlines 50% of funds awarded and releasing the remainder in a series of payments. In total, Treasury is awarding U.S. passenger airlines $25 billion in funds earmarked for payroll costs. Airlines must repay 30% of the funds in low-interest loans and grant Treasury warrants equal to 10% of the loan amount.

Air carriers have been devastated by the coronavirus pandemic and seen U.S. travel demand fall by 95%.

Covid-19: KZN does more than 95 000 home screenings, residents glad to be tested

Covid-19: KZN does more than 95 000 home screenings, residents glad to be tested