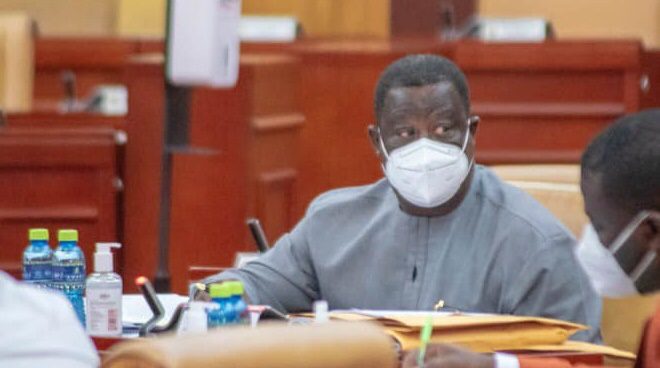 194
SHARES
1.1k
VIEWS
Share on FacebookShare on TwitterShare on WhatsApp

The Minister of Roads and Highways, Kwasi Amoako Attah, has said the exigencies of the situation on grounds in future will determine if road tolls will be reintroduced.

The government abolished the road toll in November last year after the presentation of the 2022 budget.

But at a town hall meeting on e-levy in Koforidua on Thursday, January 27, 2022, the Minister of Finance Ken Ofori Atta hinted that “road toll may come” as some major roads in the country are expanded into six lanes and dual carriage roads.

When asked if road tolls will be reintroduced in future based on the comment of the Finance Minister, Mr Amoako Atta said “When we get to the bridge we will cross it. Road toll was giving this country a maximum of about 78 million cedis a year because we were an average of 5 to 6 million a month so even the 78m is the average and in some years it drops to even as low as 55 million. Land depending upon the conditions on the ground I can tell you 78 million cannot even construct 10 km of road.

He said “Ghana had a total road network of about 78,000km and you see how people are crying for roads so it tells you the importance of roads, roads constitute 97% of all forms of transportation because water, air and rail transportation will form about 3 to 4 per cent. So if you want to open up a country for economic development, you have to work on your roads because it is like a pivot around which economic development revolves”.

The Roads and Highways Minister is hopeful the introduction of the e-levy which seeks to mobilize 6.8billion cedis a year would be a game-changer in the road sector.

“With the introduction of the E-levy, this will help to put in totally something about 6 to 7 billion into the road sector to build the road infrastructure of this country, and that amount can be securitized and used to raise a road sector bond of about 10 billion dollars and that will be the way to go and revamp the sector then all outstanding payment due to contractors will be completely paid off and contractors will be paid on time when contracts are awarded.”

The Roads and Highways Minister said President Akufo Addo has committed huge resources into the road sector and constructed about 1,400Km of roads in his first term and expected to construct 1,500km roads in the second term.

He said, the government’s focus now is to dualize all major roads in the country.

The main agenda of president Akufo Addo’s second term in the road sector is the dualization of all major roads in our country, the central corridor is being dualised and we starting from Accra to Kumasi, you realized that in December, Kwafokrom and Apedwa were opened to traffic and from February we are going to cut sod for four major sections of the dualization program, the section at Osino, Anyinam, Ngeresi and Konongo as part of the dualization program.

“Contractors will be introduced to this section in February and this will help to ease congestion and improve road traffic in the country and to continue from Kumasi all the way to Paga.

“We are dualising the first 17km from Tema on the Aflao road, and a little beyond the central university college and the contractor is on site. Tema – Akosombo is also being dualised, we are also working on the Accra to Cape coast road so that will be a major boost to the Akufo Addo road dualization program”