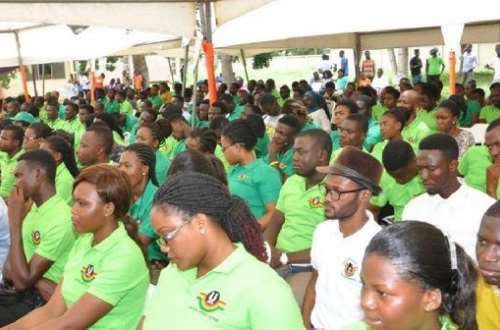 27
SHARES
148
VIEWS
Share on FacebookShare on TwitterShare on WhatsApp

The Coalition of Suffering National Service Personnel, an umbrella body of national persons who have not been paid their monthly allowance for several months, has served notice to demonstrate on Monday, June 6.

A spokesperson for the coalition, Mr Festus Kyeremanten Donkor, served this notice in an interview with Odehyeeba Kofi Essuman, sit-in host of Accra100.5M’s Ghana Yensom morning show on Friday, June 3, 2022.

According to him, they would not have resorted to a demonstration if the “paltry” GHS559 allowance was paid to them regularly.

He noted that some of their members have worked for the past six months and have not been paid anything.

“When we threatened to demonstrate last month, the secretariat issued a communiqué that all arrears will be paid by June and we are in the month of June but nothing has been paid”, he lamented.

This, he said, is worrying, due to the economic hardship in the country.

“Many of our members have taken quick loans from the telecommunications companies with the hope that the allowance will be paid for them to pay back”, he said.

Mr. Donkor noted that as part of their planned demonstration, a petition will be presented to Parliament and another to the management of the National Service Secretariat later since the police has declared that area as a security zone