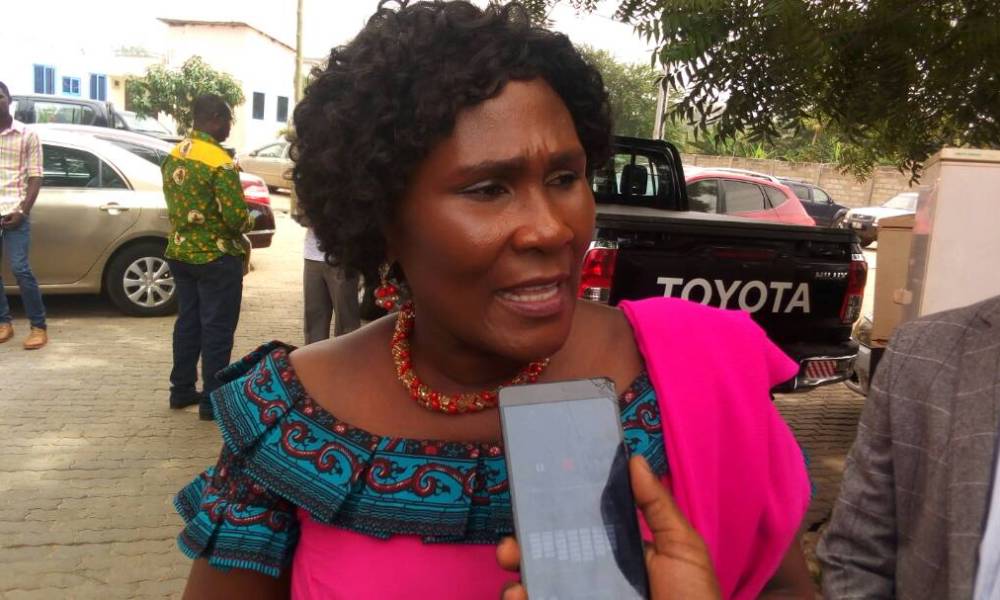 The Young Professionals, a group of young Ghanaian professionals have lodged an official complaint at the CID of the Ghana Police Service against Member of Parliament for Ablekuma North Constituency, Nana Akua Owusu Afriyie (Hon)

This is in relation to a video that went viral on social media in the 2nd and 3rd weeks of July in which the Member of Parliament was spotted openly campaigning at the just ended registration exercise’s centers for president Nana Akufo-Addo and Sheila Bartels, daughter of staunch NPP Member and former Minister under President Kufour, Kwamena Bartels

Her conduct is considered to be upfront to the E.I. 164 which criminalizes the failure on the part of anyone to wear masks at all public gatherings: a law that she was herself part of those who passed it.

In a related video on the Facebook wall of one Owoahene Akwasi Acheampong Kwakye, a gentleman believed to be assign of the MP, he confirmed the MP went round all registrations and campaigned for Nana Addo, the president and the Parliamentary Candidate, Sheila Bartels

In the letter submitted to the CID on Thursday, the group is calling for her immediate invitation and arrest to help in further investigations. They also asked that EC officials who looked on whiles the female MP broke the law without prompting her to be equally brought to book.

HOW THE EC INTENDS TO RIG ELECTION 2020