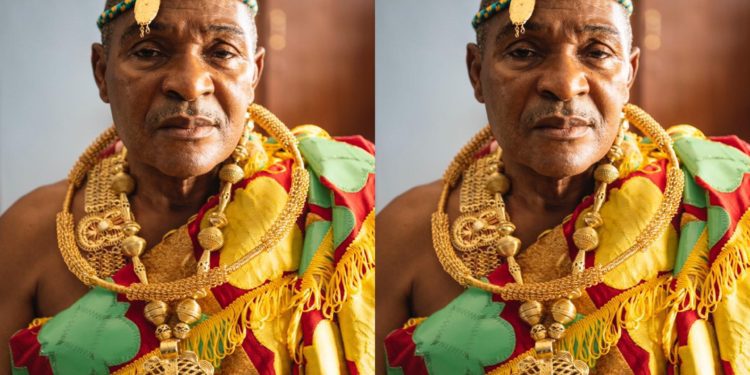 58
SHARES
321
VIEWS
Share on FacebookShare on TwitterShare on WhatsApp

Okakaben Idun Ando X, the Paramount Chief of Kwamankese in the Abura-Asebu-Kwamankese District of the Central Region has bemoaned the future of his traditional area due to the increase in teenage pregnancy and smoking of marijuana or Indian hemp popularly known as local parlance as “wee”

According to the Paramount Chief, most youth in the area as young as 14 years are seen on daily basis at times sitting in the open and smoking Indian hemp with impunity.

Several reports made to the police to have them arrested is yet to receive any positive response.

Young ladies between the ages of 13 and 19 are also seen on a daily basis carrying their children with most of them having no husbands.

Several efforts including organizing annual festivals and other programmes to sensitize the youth on the negative effects of these social vices is yet to yield any positive result, according to the Paramount Chief Okakaben Idun Ando X

Okakaben Idun Ando X, however, blamed police personnel in the District for doing nothing to complement his efforts and that of his traditional leaders towards addressing this social canker, which he laments is destroying the future of the youth in the area.

Another area of concern was that some of them now patronize “wee toffee” known as sweet toffee which he said has now become the order of the day.

Central region is one of the region which leads when it comes to Teenage Pregnancy, as such Okakaben Idun Ando X says if the menace is not tackled head on, it could spell doom for his traditional area as the effect of drugs on the youth is already glaring.