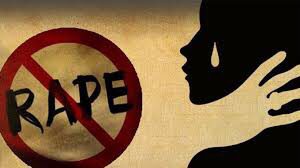 A 13-year-old girl is battling for her life after she was gang-raped at Gomoa Adzintem in the Central Region.

The girl also suffered cutlass wounds after she initially resisted her attackers.

Residents say they suspect some herdsmen may have committed the crime.

The father of the girl also suffered cutlass wounds and is currently on admission at the Winneba Trauma and Specialist Hospital.

He recounted that “one of them was wielding a gun so I quickly closed my door and one of them asked me to bring my money. My daughter asked me to calm down so that they don’t kill us.”

“The Fulani herdsmen fired shot through my door and it hit my daughter. They entered my room and started abusing me. They asked me to lie down which I obliged. They took my daughter outside into the bush and the four of them gang-raped her. I quickly called for help after they went away.”

The incident has sparked rage among some youth of the town who have threatened to fight back if the herdsmen visit the area with their cattle to graze.

Speaking to Citi News, the Chief of Gomoa Adzintem, Nana Obrempong Essel Andoh, said “the father told us that the four Fulani herdsmen raped her daughter after she was found naked in the bush by some persons in the village.”

In response to the angry youth, the Chief said “I know the law so I told them not to take the law into their hands so I want the Police to investigate the matter and bring the perpetrators to book.”

“If that is not done, I will wage war against Fulani herdsmen in my community,” he added.