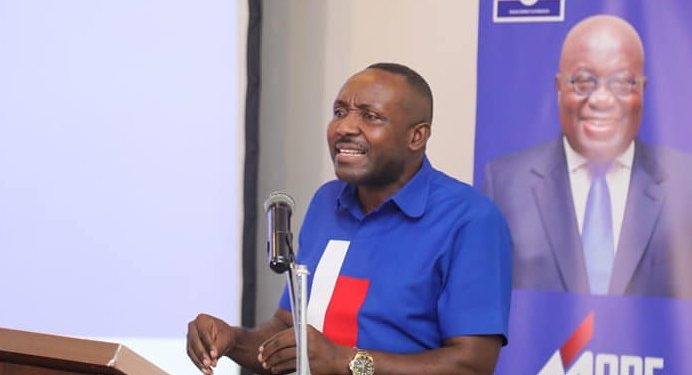 267
SHARES
1.5k
VIEWS
Share on FacebookShare on TwitterShare on WhatsApp

The General Secretary of the ruling New Patriotic Party has indirectly insulted the intelligence of traditional rulers in the newly created region.

John Boadu in a haste to respond to call from Former President John Mahama for Prez Akufo Addo to develop the newly created regions ended up making a mess of himself without even knowing.

Mr. Mahama in his “Thank You Tour” called on traditional rulers in the northern regions saying it will be prudent for President Akufo Addo to develop the newly created regions than just touting himself for creating them because creating regions alone is not enough what people are looking out for is real development in these regions and not sloganeering of just creating them.

In a Press conference meant to rundown the harmless call by the Former President, John Boadu said chiefs in the newly created regions told Akufo Addo all they needed was a new region and even if he does not develop them, once he Creates them that’s enough for they the chiefs.

Below is what John Boadu said