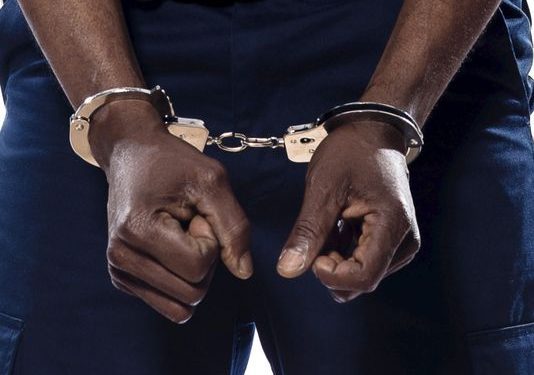 26
SHARES
145
VIEWS
Share on FacebookShare on TwitterShare on WhatsApp

The Accra Regional Police Command is investigating one John Arthur, a 45-year-old painter and resident of Race Course near Sowutuom, a suburb of Accra, for allegedly defiling a girl in Kindergarten.

On 28th August 2021, at about 3:00 pm, the victim, a KG2 pupil, and her 8-year-old brother, neighbours to the suspect, were playing around their house when they came across the suspect, seated in front of a shop, close to their house.

According to the police, John Arthur allegedly offered his mobile phone to the victim’s brother to play a game, while he carried the victim onto his laps.

Police say, while the victim’s brother’s attention was on the game, the suspect defiled the victim.

Unknown to the suspect, a neighbour was watching his act from afar.

He recorded the entire act on video and rushed to rescue the victim. He further informed the victim’s parents.

The parents together with other neighbours caused the arrest of the suspect and a complaint was made at the Sowutuom Police station.

Investigation into the matter is ongoing while efforts are in place for the suspect to be put before the court.