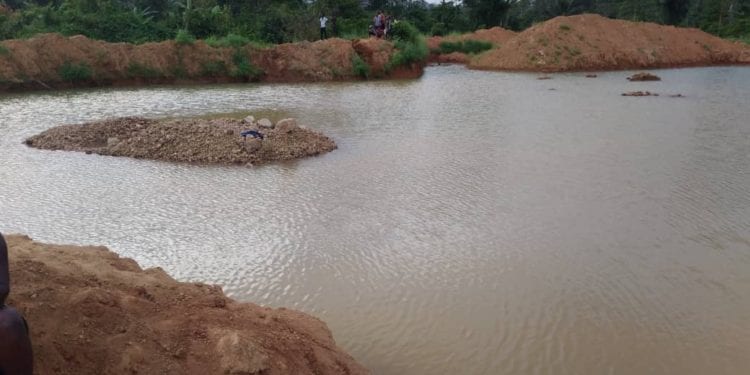 A 40-year-old woman, Akua Serwah, has drowned in a galamsey pit at Bogyawe in the Bekwai Municipality of the Ashanti Region.

The incident happened on Monday, 14 June 2021 but the body was recovered from the pit on Tuesday.

An uncle to the deceased, Kwabena Gyamfi, told Class News’ regional correspondent Elisha Adarkwah that the mother-of-four, who was suffering from mental illness, was returning home with the father after she was sent for medication.

Mr Gyamfi said on their way home, she told her father to stop the car so she could attend to nature’s call.

She then ran into the bush and was not seen again.

He said a search was conducted for her whereabouts and was found drowned in the abandoned galamsey pit after her sandals were seen at the bank of the pit.

The police has conveyed the body to the Bekwai Hospital morgue for an autopsy.

The Bekwai Police Command has commenced investigations into the case.