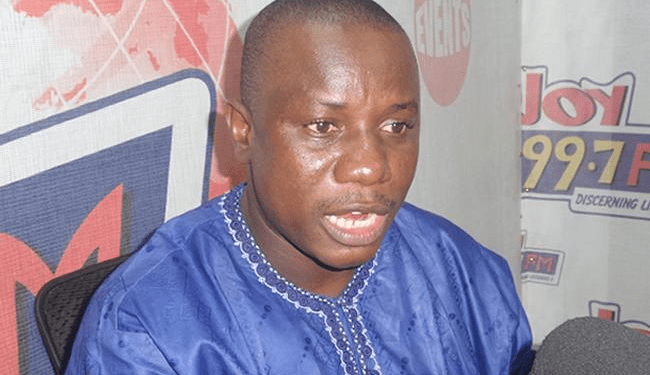 Defence Minister, Dominic Nitiwul, is unwavering in his justification for the government’s decision to hire a private jet for the President’s travels, blaming the opposition National Democratic Congress for the state of affairs.

He says the debate on why the President did not use the presidential jet for his recent trips, would not have been had if the NDC under the erstwhile John Evans Atta Mills administration had not abrogated an order for a larger jet for the Ghana Air Force in 2009.

The Minister claimed that the larger jet ordered by former President John Agyekum -Kufour would only not have served the Air Force but also given government, Presidents and others the convenience desired when embarking on foreign trips that required a large delegation.

“The Air Force had asked for a bigger jet. Former President Kufour had ordered for that bigger jet, but the NDC cancelled that contract and only delivered the small jets. I don’t know why they cancelled it, but it couldn’t have been money because they paid the likes of Woyome judgement debts which they later said was fraudulent. That money was more than the cost of the bigger jet”, the Minister stated.

Already, the Minister has admitted in Parliament that although the Presidential Falcon was airworthy, it is not spacious and does not give the President the luxury he deserves like bathing in the air before touching down.

Dominic Nitiwul, while mounting another spirited defence on Eyewitness News on Citi Fm said, the bigger error is rather the NDC’s cancellation of the order which was without any proper basis.

He asked the public to equally demand an explanation from the NDC regarding why it made such a move that has now resulted in the government spending fortune on the President’s foreign travels and during security peacekeeping missions.

“I believe the NDC had money to pay for the bigger jet, so we should ask them why they cancelled it. It was a mistake to have cancelled the contract for the original bigger jet in 2009. Clearly, a mistake.”

“They couldn’t have said they had no money because the Airforce had asked for a strategic lift because when the President is not using it, they will reconfigure the jet into a passenger jet to carry soldiers and other passengers. If the President needs it, then it is made a presidential jet”, he explained.